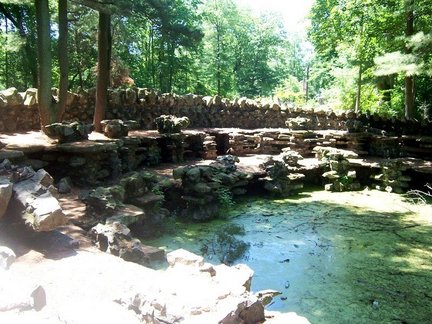 The Independent Press recently published an article on NJ.com about a secret grotto in Warren Township.  Apparently, one of the founders of General Motors, Nathan Hofheimer, purchased 350 acres of land and in 1915 built a mansion (now Warren’s Town Hall) and this grotto.  It is now behind the Watchung Hills Elks Lodge and in a state of disrepair.  An agreement between Somerset County, Warren Township and the Elks has been forged to clean up the grotto for public use but it’s been stalled for two years due to a lack of resources.  We’re really looking forward to checking this out soon so get your act together, guys!

Pin It
Previous post:
What Will It Take to Get Mikhail Prokhorov to Keep the Nets in Newark? Next Post:
Star Light