There are a lot of misconceptions about the Jersey Shore, from the MTV show to various articles I have read. The Jersey Shore has many different faces and personalities. Here is one of them, from a beach that doesn’t get a lot of attention, Sandy Hook.

When you think of Lifeguards, maybe you think of California or Florida. But how about New Jersey? Since 1985, The National Park Service has been holding the All-Women Lifeguard Tournament in Sandy Hook, part of the Gateway National Recreation Area. Here are some photos from the 2009 & 2010 tournaments. 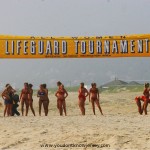 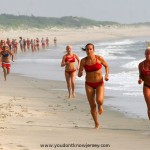 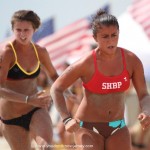 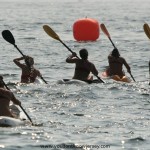 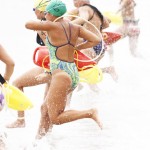 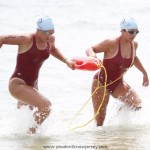 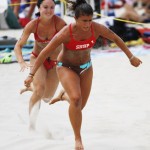 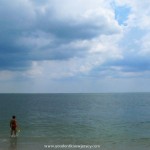 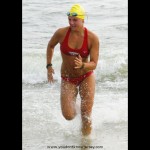 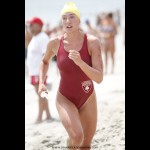 The six-hour event takes place every July. Weather permitting, competition runs from 8:30 AM to 1:45 PM, with the awards ceremony beginning at 2 PM. Challenges include several aspects of surf-lifeguard work: running, swimming, paddling a surf-rescue board or ocean kayak and rowing a surfboard

The annual competition is the largest in the nation devoted to women-only lifeguard competition. Last year, over 200 outstanding women participated, representing federal, state and municipal lifeguard systems from five states.

Over nine million people a year visit Gateway National Recreation Area. The park, located in the New York New Jersey metropolitan area, includes three units: Sandy Hook, New Jersey; Staten Island, New York and Jamaica Bay in Brooklyn and Queens, New York. There are lifeguarded beaches in all three units, along with many other outdoor events for people of all ages.

Pin It
Previous post:
Where In Jersey? Next Post:
Tom’s River in the Little League World Series, again!