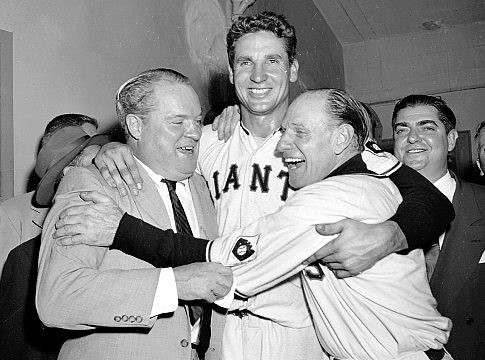 Shot Heard Around the World

Bobby Thompson, a long time Watchung resident, passed away Monday morning. Bobby was well known for the famous “shot heard around the world” homerun in 1951, when the underdog New York Giants defeated the Brooklyn Dodgers to clinch the pennant.

Thompson was an average baseball player at best, and over his fifteen year career his stat sheet sports a .270 batting average, 264 home runs and a total of 1,026 runs batted in. Not the sexiest stats in the world, but with his 6,305 at bats, Bobby Thompson is known for only one, which came on October 3rd, 1951 off of Brooklyn Dodgers pitcher Ralph Branca and forever made him famous to not only baseball fans, but to the history of New Jersey as it was one of our own who smashed a fastball over the Polo Grounds wall to bring the New York Giants to the World Series that memorable year.

Pin It
Previous post:
Things to do in Jersey August 20-21-22 2010 Next Post:
NJ Bill Could Force DUI Testing After Accidents Resulting In Deaths