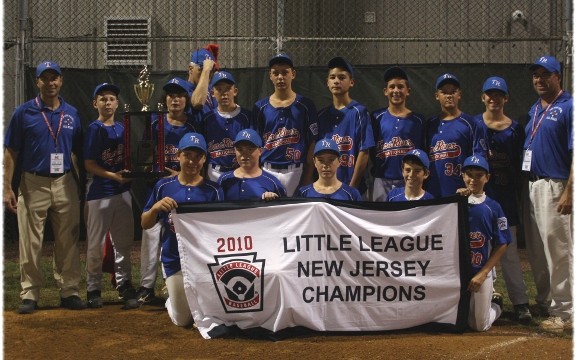 Tom’s River has been eliminated from the Little League World Series in a devastating 3-1 loss to Hawaii on Sunday. Oh well, the team stuck in it but could not hit anything off of Hawaii’s pitcher Shiloh Baniaga, whom only allowed three hits to the Jersey kids. Better luck next year boy’s.

Congratulations to Tom’s River for being the 2010 New Jersey Little League Champions. After taking the crown in New Jersey, the Tom’s River National team played it’s first game in round one of the Little League World Series today and took a crushing defeat from Ohio.

Even though we ended in defeat today, it is not over. On Sunday at 2pm on ABC, New Jersey will face Hawaii in the elimination game and have a chance to continue in the tournament. Let’s all hope New Jersey can repeat it’s 1998 season when they were World Series Champions. Go New Jersey!