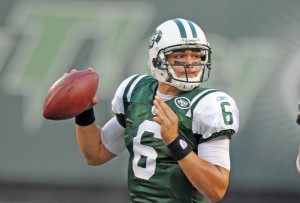 All it took was a weak New England defense; the Jets offense took off in week two to land them their first win of the 2010 season. The NY Jets defeated the New England Patriots 28-14 at the new Meadowlands.
NY Jets second-year quarterback, Mark Sanchez, threw for three touchdowns, with Jericho Cotchery, Braylon Edwards, and tight end Dustin Keller each doing their own end zone dances. Jets pro bowler Derrel Revis was injured in the second quarter, but the rest of the Jets defense held off Tom Brady and the Patriots high powered offense.
This is the exact type of game the NY Jets needed after a tough week one loss to the Ravens. A game that included great offense and good defense en route to a divisional win against a tough opponent in the New England Patriots. 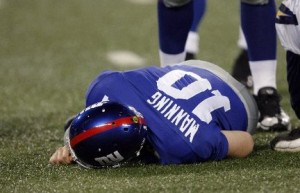 The frustration of the Giants was clearly seen, as running back  Brandon Jacobs was shown hurling his helmet in the stands. Of course, that did not sit well with coach Tom Coughlin, who showed his displeasure by screaming at his star running back and sitting him out the rest of the game.  Eli Manning threw for two touchdowns and was intercepted only once, but his 161 yard night was not enough to carry the Giants to a week 2 win.

This is the type of game the Giants need to put behind them. The defense was just plain horrible and 161 yards in the air is not enough against a team like the Colts. Hopefully Coach Coughlin shows this team some guts in his weekly meeting this week as the Giants defense will get no breaks in Week 3 against Chris Johnson and the Tennessee Titans. Tune in on Saturday for a week 3 preview.