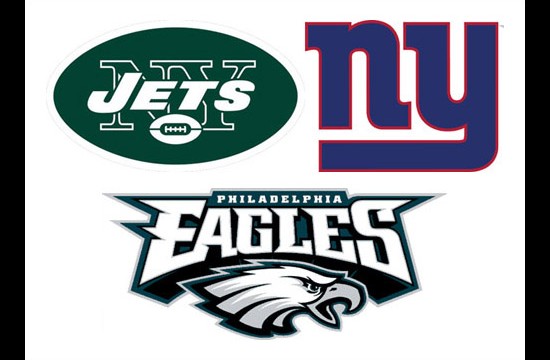 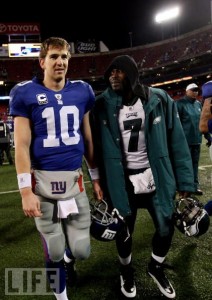 So We Meet Again

Snow, ice, wind and Michael Vick are all scheduled to be at the New Meadowlands on Sunday. In a heated playoff race in the NFC East, comeback player of the year Vick brings his goon squad Eagles to Jersey for a Sunday afternoon showdown against Big Blue. The Eagles have beat the Giants in every match-up, even the playoffs, going back almost two years now, it has to be the Giants turn? Right?

Keys for victory: Run, Run, Run the ball. It is supposed to be a cold, snowy day in East Rutherford and I am betting no one on the Eagles defense is going to have fun stopping Brandon Jacobs plowing through them (no pun intended). 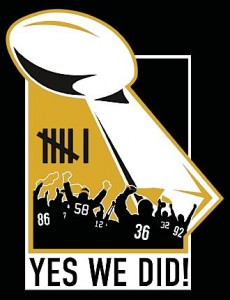 Next Stop, The Steel Curtain

Does anyone know which Jets team will show up this week? The hell if I know. With all the controversy surrounding the J-E-T-S right now with the tripping scandal and the possible benching of one Mark Sanchez, the last thing the Jets need to do is play on the road in Pittsburgh, and that is exactly what they have to do for Week 15.

Keys to victory: There are not many ways that teams can prepare offensively to play against the Steelers defense. Mark Sanchez will need to be near perfect on Sunday with his throws and Gang Green will have to get their running game back on track. Look for a big game from Santonio Holmes as he revisits his old ganja haunts at Heinz field. The Jets defense needs to step up big for this game and put buku pressure on Big Ben and his beat up body.

Injury’s: Questionable are Nick Mangold and Darelle Revis. Out is Eric Smith.