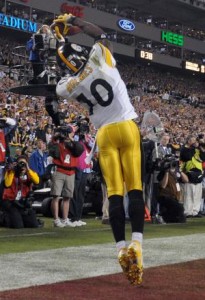 What Were In These Brownies And Why Am I Having A Flashback?

It is Jets fever all around Jersey right now. You cannot go anywhere without hearing about the J-E-T-S. Fireman Ed is all over the radio, Jets fans are ranting and raving through the streets, and moms at the mall are decked out in green with their babies.

Is it me or does it not seem like yesterday the Giants were the ones who owned the football rights around these parts? It did not take long for the Jets to flip that script. With their leader in Rex Ryan, the Jets are once again back in the AFC Championship game, with everyone who is not a fan rooting against them and still not believing. How can you not believe? The Jets have backed up all their trash talk, their sophomore quarterback in Mark Sanchez has brought them back to this final playoff game, proving all the skeptics wrong, and the Jets defense has finally risen to all expectations that were put on them from last years success. What is there not to believe?

The Jets will have a tough one this week against Pittsburgh and it won’t have anything to do with a hall of fame quarterback on the opposing team. This week will come down to the awful playing conditions in Heinz Field. It is a horror show for punters and field goal kickers and if this game is going to come down to special teams and field goals, then both the Jets and Steelers will be in trouble. The Jets kicker is already in hot water as fans and coaches have lost confidence in him, so in any situation as stated above I would have to give the edge to the Steelers and their kicker Suisham with the home field advantage.

Baffling to me, there is no smack talk coming out of the Jets this week. Ironically, I believe the smack talk they give to opposing teams and coaches is the motivation they have behind winning. Hell, if it was me I would have my team keeping up everything that has gotten them here so far. Yes, that means that trash talk and the feet and not washing their underwear or getting haircuts or even sacrificing small birds, whatever was working before. But I guess that is why I blog and Rex Ryan is a coach. GO JETS!!!!!!!!!!!!