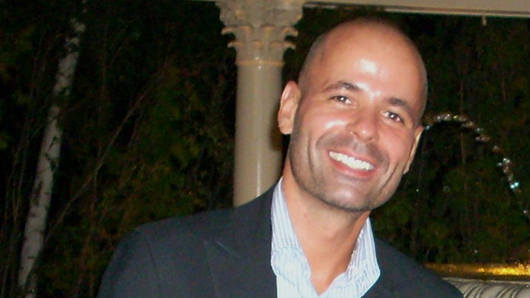 A top manager for design house Elie Tahari is demanding $2 million for “anguish” and “depression” he says was caused by driving to sadly unstylish New Jersey on a weekly basis.

Thomas Horodecki, who works as a manager for Tahari’s Saks Fifth Avenue shop, alleges that his supervisor, Sagit Halperin, forced him to travel to New Jersey at least once a week as part of his assignment to coordinate six retailers there.

“It was depressing driving to Jersey,” Horodecki told the New York Post. “The traffic was horrendous on Route 4 and they are pretty bad drivers. The stores are cheesy for the most part. New York City has everything when it comes to fashion, especially Saks. And when it comes to styling, let’s just say Jersey is difficult. Fashion it is not!”

Horodecki said he was going crazy and had a breakdown.

The claim says Halperin, who is Jewish and of Israeli descent, of promoting employees of her same national origin and discriminating against Horodecki, who is a Christian of Polish descent.

The claim also says Halperin vacationed with the staffers in Israel and socialized with them after work. Horodecki was not invited to those gatherings.

First of all, he should be happy to have a job, and it looks like a well-paying one at that. His frame of mind is truly disturbing. To bring in human and civil rights in on top of discrimination is ridiculous. I am not saying that discrimination is okay at a workplace, but to bring in such absurd nonsense about New Jersey should have this laughed out of court immediately. In fact, they should have him pay for wasting the court’s time.