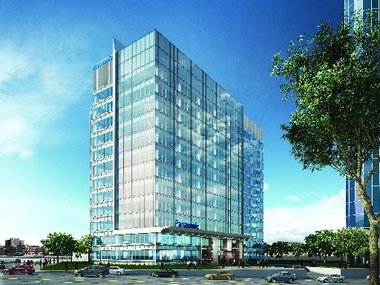 In addition to a $102.4 million tax credit from the state, Panasonic will receive incentives from Newark to move to the city from Secaucus in 2013.

The Japanese-based electronics giant’s decision to move its North American headquarters to Newark, Mayor Cory Booker said at a news conference yesterday, is a “game-changing moment” for the city. “By far, this is the single greatest economic development accomplishment of my administration,” he said. “A company of this import has made the decision to come here is a sign that Newark has turned the corner, is standing strong and is looking boldly into what the future can bring.”

At first glance, it might not seem extraordinary that New Jersey is offering Panasonic $102 million in tax breaks to relocate its corporate headquarters to Newark. Even today, at a time of tight budgets and taxpayer fury over government spending, state economic development departments spend lavishly to lure companies from other states, the idea being that the influx of jobs will justify the cost. Kenneth Thomas, associate professor of political science at the University of Missouri at St. Louis, says states collectively spend more than $70 billion a year on such wooing.

What’s unusual in New Jersey’s case, though, is that Panasonic isn’t in another state. It’s in New Jersey, headquartered in Secaucus, nine miles from Newark. Taxpayers, in effect, will be giving Panasonic carfare of $10.6 million per mile to make the trip.

The millions will come from a Garden State development program called the Urban Transit Hub Tax Credit, intended to promote use of public transit by giving companies an incentive to relocate facilities to any one of nine New Jersey cities designated a public transit hub. Newark qualifies; Secaucus does not.

Secaucus stands to lose 850 jobs when the electronics firm leaves, and Secaucus deputy mayor John Bueckner isn’t happy: “We’re saying, basically, this is crazy! Panasonic is our largest tax-generator. Now they’re moving 10 miles down the road, and the state’s paying them $102 million to do it.

“We don’t think that was the intent of the Hub program. It wasn’t set up to help somebody move from one community to another within the state, for Newark to make a gain that costs Secaucus.” It was meant, he argues, to get out-of-state companies to move jobs into the state.

The real question here is how the state can afford to give companies that kind of money when we can’t make the budgets work now. Incentives have been going on for years and they are getting larger and larger due to competition with other states. It is not uncommon for a state to offer 20 years tax free residence for a business. So the company signs a 20 year lease and then when it is coming to an end, begin to look for the next city or state that will offer them tax free situations, tax credits and any other perks that may up the ante. The problem is that the large incentive packages are basically eliminating whatever benefits having the company there provides.

Asks Bueckner, unimpressed, “What’s to prevent another company, now, from saying the same thing: I’ll move out of state unless you give me the same deal? It’s something the state is going to have to take a look at, moving forward — something that will cost us millions of dollars.”

Exactly so, say critics of economic development incentives. They contend the programs don’t pay off, even when designed to win jobs from out of state. As Prof. Thomas writes in an as yet unpublished op-ed piece, “At a time when state and local governments are cutting programs and collectively laying off hundreds of thousands of workers, it’s time to rethink…economic development. Recent research shows that these subsidies have little net effect on…jobs.”

Thomas cites the example of the bidding war that Boeing sparked in 2001 between Chicago, Dallas and Denver, when it announced it was looking to relocate its headquarters from Seattle. The result, he says, was that Chicago, the winner, got 500 jobs at a cost of $52 million in tax breaks. The losers incurred substantial administrative costs. In another example he cites,Yahoo and Verizon each got in excess of $2 million per job from New York State in 2010 relocate data centers

The price of course increases when a company takes the tax breaks and subsidies, but fails to deliver on some or all of the promised jobs. That was Wyoming’s experience, says state Treasurer Joseph Meyer. In the early ’90s, the state offered generous incentives to some 30 companies to relocate. A few years later, they had either moved again or gone bust. “We had to ask ourselves, were we getting anything out of this?” he say

Today, Wyoming’s attitude is different. It makes fewer offers and attaches more strings to the offers that it makes. “We build in a lot more safeguards,” says Meyer. “A company has to pay at least 25 percent of the cost of any infrastructure improvement,” such as a rail spur or a highway off-ramp. “Plus, any loan they get has to be fully collateralized. If they’ve already bounced around several other states, we don’t even look at them.

Other corrective remedies now used by states include so-called clawbacks: provisions in contracts that allow the state to take back some or all of its money or tax breaks if the recipient fails to hold up its part of the bargain. So says Greg LeRoy, executive director of Good Jobs First, an organization that rides herd on economic development subsidies.

His organization lists a number of similar innovations, which include recalibrations (where an employer that falls short of its employment promise gets a proportionally reduced tax break) and rescission (where the incentives are canceled altogether).

Asked if he’s heard about the Panasonic deal, he replies, “Heard about it? I’m rolling my eyes.” LeRoy says he questions whether Panasonic ever really had the offers it claims it had from other states. He calls the Newark deal “a poster child” for why public officials need to have more information if they’re going to play “a tougher poker game” with corporations.

Obviously, any incentive programs from states should be deemed illegal from now on. Companies should choose where to operate on the existing circumstances instead of removing $70 Billion of our tax dollars per year that should be going to provide us with services and pay our public workers. When all is said and done, if all the states are giving out incentives to companies, then it simply becomes a level playing field again, but now with billions of tax dollars being given to undeserving companies.

The first thought that ran through my head when I saw this article was, “How many Teachers, Police Officers and other public workers will have to be laid off or take pay and benefit cuts, which of course in turn hurts every other business out there as a result of lost wages for consumers. This is a ridiculous situation that could be easily resolved and hopefully soon will be.

Pin It
Previous post:
Things to do in Jersey – April 29 30 May 1 2011 Next Post:
Some Farmers’ Markets in NJ Are Open Earlier Than You’d Expect