Tornado Touches Down In New Jersey 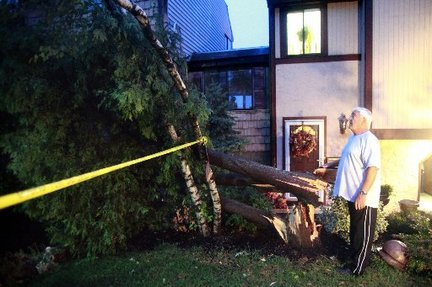 The National Weather Service has confirmed that a small tornado touched down in southern New Jersey on Thursday.

No injuries were reported, but numerous trees were knocked down and two houses in the mostly rural community had major roof damage.The tornado was spawned by a line of fast-moving storms that knocked down trees and power lines in parts of New Jersey and caused extensive damage in New York City.

When you think of New Jersey, you don’t think of tornadoes, but New Jersey has had a few over the years. Click here to see a chart of places and dates:

Pin It
Previous post:
Some Farmers’ Markets in NJ Are Open Earlier Than You’d Expect Next Post:
Movie Review on DVD – Splice

One Response to Tornado Touches Down In New Jersey