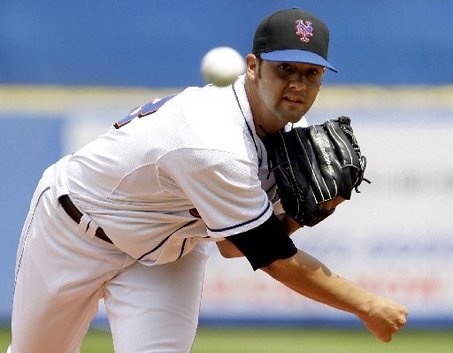 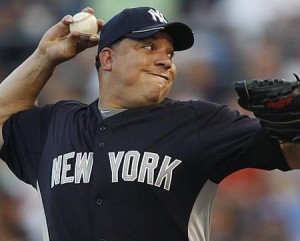 Another impressive week for the Bronx Bombers as they won a three game home series against Texas and split a two game road series against the Blue Jays. This week had the Yanks receive surprise quality starts from former Cy Young winner Bartolo Colon and former ace Freddy Garcia. Though no one should really be surprised, these two guys pitched lights out so far.

Kudos for Cashman for once again finding lightning in a bottle. Did anyone expect anything different? Cashman is the master at making low risk, high reward signings and so far the two pitchers above are bringing in high rewards. The main question, though, is can they keep it up?

The Phils did not have as good as a week as they did last week. First there was a rain out in Philly on Saturday during their three game series, making it a two game series, which they wound up splitting with the Marlins. Maybe it was good it rained as they may of lost another game if it didn’t. Then came the Brewers who seemed to come out of their funk during their stay in Philly. The Brew Crew beat Joe Blanton on Monday, beat the crap out of Roy Halladay on Tuesday, and almost beat up Cliff Lee on Wednesday. If it wasn’t for Polanco’s three run homer to break up the no hitter the Brewers had going, the Fighting Phils would of been swept.

So they got lucky and avoided a sweep, even with two of the big four going, and split a series at home with the Marlins. Not too good of a week if you ask me. The Phillies’ bats better start coming alive because I do not see them pitching their way to the post season. Looks like they are missing Chase Utley more and more each night. 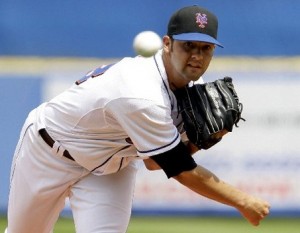 As I said in last week’s post, it is going to be a very long season for the Mets. It is sort of an unwritten rule for sports teams in the tri-state area to say that they are actually “rebuilding” but that is clearly what the Amazings might need to do. When you think it cannot get any worse, well it does. Watching the Mets is like watching Sports Funniest Bloopers. They tend to make mistakes that no other Major League ball team does.

This week had the Mets making base running mistakes, bad throws, bad at bats, just bad mental mistakes on offense and defense. This is why they only won two games this week out of six. They traveled to Atlanta and got rained out, only to play a double header on Saturday and lose both games. On Sunday they got lucky on the Braves mistakes and snuck out a win.

Coming home for a three game series against the lowely Astros, fans finally thought that this was the series they needed to get back into shape. Well, it didn’t pan out that way as the Amazings lost the first two games of the series until the bats finally came alive in game 3 from some unlikely heroes.

Hopefully when I write this weekly wrap-up again next week things will turn around for the Mets. Can it really get any worse?

Pin It
Previous post:
New Jersey is Old and Rich So We Keep Our Landlines Next Post:
Guess Where?