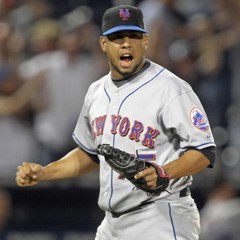 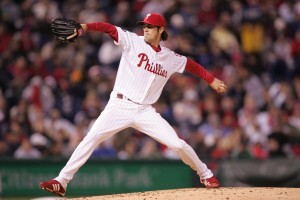 Another dominating week for the Phillies as they started off a West Coast trip with a four game sweep of the San Diego Padres. It’s tough enough to get a three game sweep, but a four game sweep! That is impressive even against the lowest of teams, the Padres. What is even more impressive is that all four games were won by three runs or less. It wasn’t the hitting that won them the four games, but the dominant pitching. Wow, that is a shocker. Hamels, Halladay and Oswalt each got wins in San Diego. Good for Philly, but not so good for the Padres as they had to face all three of those pitchers. Some teams get lucky in a three game series and only have to see one or two of the three.

After San Diego, the Phillies traveled to the desert of Arizona to face some snakes in the Diamondbacks. The start of the series did not integrate with the four game sweep they just came off of in San Diego. The first two Arizona games were rough. Philadelphia got one hit by ex-Yankee great Ian Kennedy and had a semi-slugfest the next game with Oswalt getting rocked. Maybe Oswalt had his family in mind due to the tornadoes in the midwest as he has left the team for personal reasons to tend to the natural disaster that hit his family’s home.

But who would of thought the Phillies would of gotten swept themselves in Arizona? I am guessing less than 1% of the experts. Game 3 had Hamels on the mound as he improved to 3-1 on the season with the smackdown the Phillies offense put on Joe Saunders, who made the baseball look like a beach ball to hitters at the plate.

This week the Phillies put pitchers Joe Blanton and Jose Contreras on the disabled list. 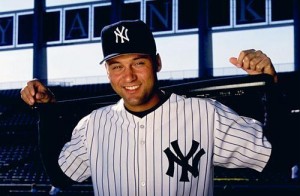 Rain, rain and more rain for the Yanks. It seems like every week the Yanks lose a game because of rain. Actually it doesn’t seem like it, it’s a fact. The Yanks were supposed to have a three game series with Baltimore, but Friday’s game was cancelled due to rain making it a two game series. Either way, the Yanks swept the series with a slugfest on Saturday and a wild win on Easter due to Baltimore’s ineffectivness on defense.

Next came in the Chi-Sox who, ironically, won the first two games with defense and pitching that made Cy Young rumble in his grave. Remember this: anytime a young rookie pitcher pitches against the Yanks, the pitcher looks like Nolan Ryan in his prime. Game 3 had Bartolo Colon come out and made fans remember why he was the 2005 Cy Young award winner. At the time of writing this blog, the Yanks have not wrapped up game four.

This week the Yanks have catcher Fransisco Cervelli and pitcher Kevin Millwood on the brink of returning to the majors and should happen by May 1st.

After winning six games in a row, the NY Metropolitans have climbed out the basement of the NL East and into fourth place with a sub .500 record. Was that too negative? At least I am calling them by their real name and not the NY Mess-tropolitans this week.

Earlier last week, the Mess, sorry, I mean Mets, beat up on the Arizona Diamondbacks, as the D-backs could not get their bats going in the cold, rainy desert we call Queens. Backed by good pitching, strong defense, and yeah, the ability to score some runs, the Mets took the sweep and carried their good fortune down I-95 to the Nation’s Capital to take the first two games of a three game series against the Nationals.