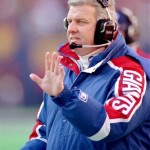 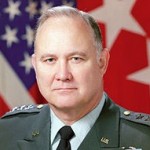 Bill Parcells was born in Englewood to Ida and Charles Parcells. His father was a graduate of Georgetown Law School who had worked for the FBI before becoming a lawyer for Uniroyal Tires. Bill grew up in the nearby town of Hasbrouck Heights.

Prior to his sophomore year in high school, the Parcells family moved a few miles north to the town of Oradell, where he attended River Dell Regional High School. While he was at River Dell, he was routinely mistaken for another boy named Bill. As he had always disliked his given name of Duane, he decided to adopt Bill as his nickname.

Parcells was a gifted athlete as a youth. He possessed good size (6’2″ upon entering River Dell) and natural leadership skills, which enabled him to become a star quarterback in football, pitcher in baseball and center on his basketball team.

Upon graduating from high school, Parcells arrived at Colgate University. As a freshman, he was offered a contract by the Philadelphia Phillies. His father disapproved of a career in sports and wanted him to study law, so the younger Parcells declined the offer. He soon transferred to the University of Wichita (now known as Wichita State University), where he played linebacker and earned a physical education degree. He was good enough to be drafted in the seventh round by the Detroit Lions, but was released by the team before playing a single NFL game.

While serving as linebackers coach at Army, Parcells was also a part-time assistant basketball coach for Bob Knight during the 1966-67 season, which led to their longtime friendship.

The rest is NY Giants and NFL history.

Norman Schwarzkopf, Jr. was born in Trenton, New Jersey, the son of Ruth Alice and Herbert Norman Schwarzkopf. His father served in the US Army before becoming the Superintendent of the New Jersey State Police, where he worked as a lead investigator on the infamous Lindbergh kidnapping, but returned to an Army career and rose to rank of Major General. In January 1952, Schwarzkopf’s birth certificate was amended to make his name “H. Norman Schwarzkopf.” His connection with the Persian Gulf region began very early on. In 1946, when he was 12, he and the rest of his family joined their father, stationed in Tehran, Iran, where his father would go on to be instrumental in Operation Ajax, eventually forming the Shah’s secret police SAVAK, as well. He attended the Community High School in Tehran, later the International School of Geneva at La Châtaigneraie and attended and graduated from Valley Forge Military Academy. He is also a member of Mensa.

After attending Valley Forge Military Academy, Schwarzkopf, an army brat, attended the United States Military Academy, where he graduated 43rd in his class in 1956 with a Bachelor of Science degree. He also attended the University of Southern California, where he received a Master of Science in mechanical engineering in 1964. His special field of study was guided missile engineering, a program that USC developed with the Army, which incorporated both aeronautical and mechanical training. He would later attend the U.S. Army War College as well.

Upon graduating from West Point he was commissioned a Second Lieutenant. He received advanced infantry and airborne training at Fort Benning, Georgia. He was a platoon leader and served as executive officer of the 2nd Airborne Battle Group, 187th Airborne Infantry Regiment at Fort Campbell, Kentucky. Next he was aide-de-camp to the Berlin Brigade in 1960 and 1961, a crucial time in the history of that divided city (the Berlin Wall was erected by East German and Soviet forces only a week after he left). In 1965, after completing his masters degree at USC, Schwarzkopf served at West Point as an instructor in the mechanical engineering department.

The rest is military history.

Pin It
Previous post:
Don’t Play in the Street, Kids. Unless You Need Money For Your Team Next Post:
Friends of Hinchliffe Get State Grant Money to Begin Stadium Restoration