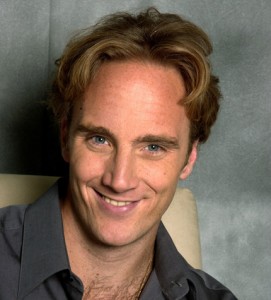 Mohr was born Jon Ferguson Mohr in Verona, New Jersey to Jean, a nurse, and Jon Mohr, a marketing executive. He has two sisters, Julia and Virginia.

Mohr appeared as a featured player for the 1993-94 and 1994-95 seasons of Saturday Night Live. His 2004 memoir, Gasping for Airtime: Two Years in the Trenches of Saturday Night Live, details this tumultuous period of his life, including his battle with chronic panic attacks. Though his potential was appreciated by SNL creator/producer Lorne Michaels, Mohr was impatient with his progression to full cast member, and left the show on bad terms. He has since reconciled with Michaels.

Mohr had a recurring role in the first season of The Jeff Foxworthy Show as Jeff Foxworthy’s brother, Wayne. Mohr’s first major film role was in 1996 when he played the conniving Bob Sugar, a sleazy sports agent in Jerry Maguire, followed in 1997 by a starring role in Picture Perfect. In 1999, Mohr starred in the television series Action, in which he played sleazy film producer Peter Dragon. Mohr later hosted a talk show on ESPN entitled Mohr Sports which ran briefly in 2001 before being cancelled. He was also the voice-over artist for Fox Sports Net’s Beyond the Glory. Mohr has also appeared in movies such as Are We There Yet?, Small Soldiers, Go, and Pay It Forward, and The Groomsmen.

In 2003 and 2004, Mohr created, hosted, and was executive producer of NBC’s Last Comic Standing reality television program. The show aired for three seasons, but was cancelled near the end of the third season due to poor ratings, only to be renewed later. Mohr was very vocal toward NBC concerning its cancellation and did not return for the show’s fourth season in 2006. Mohr was replaced with new host Anthony Clark, but he is credited as a consultant. On the season finale of Last Comic Standing 4, Jay performed as a guest comedian. He had a recurring role on the TV series Ghost Whisperer, which had developed into a regular role. Mohr also starred in an episode of the hit sitcom Scrubs – “My Own Private Practice Guy” in 2003 and in an episode of The West Wing in 2004. Parts of Mohr’s stand up was featured in Comedy Central’s animated series Shorties Watchin’ Shorties.

Pin It
Previous post:
Friends of Hinchliffe Get State Grant Money to Begin Stadium Restoration Next Post:
Things to do in Jersey – August 26 27 28 2011