Movie Review – Rise of the Planet of the Apes 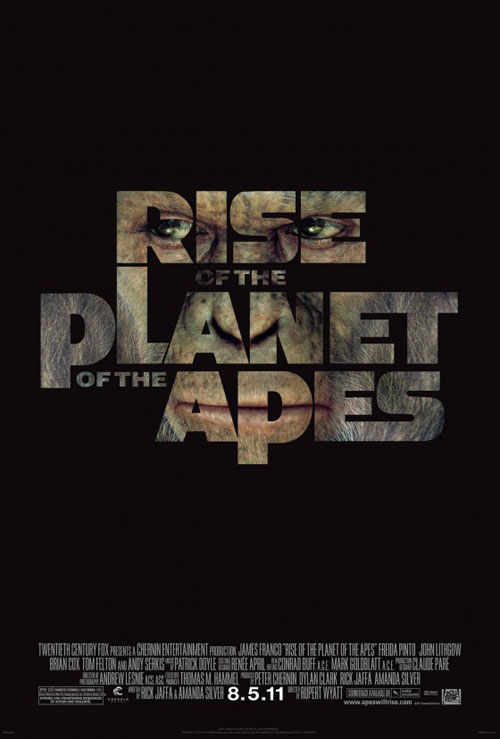 The first thing you need to know about this movie, in case you didn’t, is that it has nothing to do with the 2001 Mark Wahlberg film or any of the original 5 movies (1968-1973). It is a brand new story. James Franco stars as Will Rodman, a scientist working with genetics and drugs on apes to cure diseases. His good intentions lead to disastrous results. The question is : Does this film do the original classic justice?

The answer to that question is a resounding yes. Unlike the 2001 version that left the franchise in ruin, this movie truly resurrects it. This film makes some very bold moves in storytelling as the apes are really the main characters. It doesn’t take the easy way out. The filmmakers actually spend the time to thoroughly develop the characters and story. So thoroughly in fact that for awhile, I didn’t know where the movie was going. A lot of interesting things had happened, but I was scratching my head as the film neared the end as to how anything substantial was going to happen. However, there is a brilliant subplot running throughout that gives you hints. Pay attention to the subplots and you will realize exactly how the Rise of the Apes will occur.

The movie’s greatest accomplishment, besides the well paced and thought out story is the Ape characters, especially the lead Ape, Caesar. Caesar is a combination of Andy Serkis and CGI and is really the lead of the entire film. You have to get to know this character and relate to and understand him for the movie to work. If the special effects were flawed in any way, it would distract from the performance. Thankfully, the special effects for Caesar and the other Apes are seamless and nothing ever feels like CGI. They just feel real, as real as any human character. The audience I saw the movie with seemed to get bored during some of the scenes that only involved Apes and had no people in them, but I found them to be well-done and interesting. It shows the movie tackling the storyline the way it is supposed to. The film even throws James Franco into some scenes where he is completely unneccessary but I can understand why they do it, in the name of completeness and finality and because the filmmakers must think that the audience needs a human being to relate to.

The movie has a scene in the credits, not at the end, but about a minute in just so you know. This film could stand on it’s own as a alternate reality prequel to the original, but the screenwriters have already said that they have pictured this as a trilogy. I am looking forward to seeing how they handle the next installment as there are a lot of possible ways to go from here.

Pin It
Previous post:
Things to do in Jersey – State Theatre NJ – Raiders Of The Lost Ark : The Adaptation – August 26 2011 Next Post:
Don Bosco 2011 Football Squad Ranked Number Two in the U.S. According to Yahoo’s RivalsHigh 100