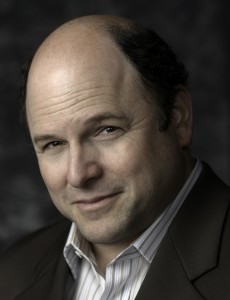 Alexander was born in Newark, the son of Jewish parents Ruth Minnie, a nurse and health care administrator, and Alexander B. Greenspan, an accounting manager. He has a half-sister, Karen Van Horn, and a half-brother, Michael Greenspan. Alexander grew up in Livingston, New Jersey and is a 1977 graduate of Livingston High School. Alexander had a very wheezy voice growing up, primarily because of his asthma. He attended Boston University but left the summer before his senior year, after getting work in New York City. He was later given an honorary degree in 1995. He is a practiced magician, and only switched to acting as a career when he realized that he was unlikely to succeed as a magician.

Alexander began his acting career on the New York stage and is an accomplished singer and dancer. On Broadway, he appeared in Stephen Sondheim’s Merrily We Roll Along, Kander & Ebb’s The Rink, Neil Simon’s Broadway Bound, Accomplice, and Jerome Robbins’ Broadway, for which he garnered the 1989 Tony Award for Best Actor in a Musical.

Alexander is best known as one of the key cast members of the award-winning television sitcom Seinfeld (1989–1998), in which he played George Costanza (the Jerry Seinfeld character’s best friend since childhood). Before Seinfeld, he starred in a short-lived CBS sitcom called Everything’s Relative in 1987 which lasted six episodes.