“Osaka Ramones, Tribute to the Ramones”

Out Now on Good Charamel Records 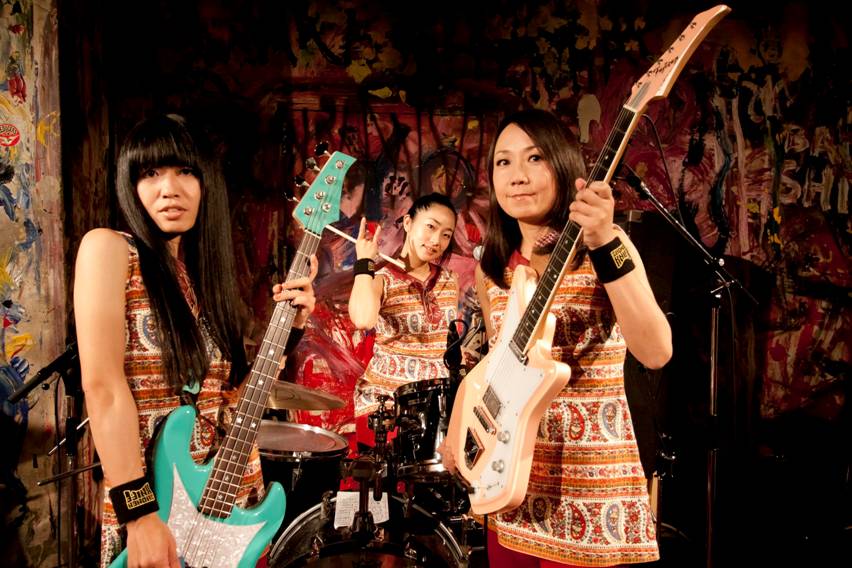 Shonen Knife have been the most internationally recognized name in Japanese Rock music since their entrance onto the alternative rock scene in the early 90s seeing them become the indie darlings of hipsters and rock stars alike. 2011 celebrates thirty years since Naoko and the band began releasing albums of their joyous mixture of pop, punk, food and fantasy for the world to enjoy. Since their inception in Osaka in 1981 (featuring Naoko’s sister Atsuko and their friend, bassist/vocalist Michie) to their current lineup featuring members Ritsuko (bass,vocals) and Emi (drums,vocals), Shonen Knife have maintained their rightful place in the ever changing indie rock scene.

In celebration of this milestone, Shonen Knife has announced plans for a North American fall tour kicking off October 20 in Toronto, during which they will be playing fan favorites as well as songs from the recently released, Osaka Ramones, Tribute to the Ramones. The NYC punk forefathers are often cited as one of Shonen Knife’s biggest musical inspirations. A November 18th show at The Bellhouse in Brooklyn, NY will feature a special guest appearance from bassist CJ Ramone, who will join the ladies on stage. The band is also confirmed to perform during CMJ on October 22nd.

The new album, Osaka Ramones gets its title from the trio’s ongoing musical side project, which has made its way in and out of their performing history for decades. This East meets West punk rock combination is now captured in an album recorded and mixed between Osaka and New York over the last year and was co-produced by Robby Takac of the Goo Goo Dolls.

“Ramones were my all-time idols since I first heard their music from a radio and rushed to a record shop. This year is the 30th anniversary of Shonen Knife. For celebration, we decided to record a cover album of our favorite band the Ramones. The title is “Osaka Ramones” with our respect. I’m very happy to release an Osaka Ramones project and to recognize their contribution to the evolution of Shonen Knife“
-Naoko, Shonen Knife

What others are saying about Shonen Knife’s Osaka Ramones:

“I have a feeling that somewhere up in rock-‘n’-roll heaven Joey Ramone is smiling.”- Charleston Scene

“Osaka Ramones is an unequivocally faithful collection of cover songs that definitely lives up to its namesake. The fast, forceful style of The Ramones is simple enough for anyone to replicate, but Shonen Knife accomplish what few could by capturing their energy and spirit.”= Consequenceofsound.com

“…the covers inside are perfectly selected …”- San Francisco Examiner

“Still cute and cutting-edge after all these years…”- The Oklahoman

“In the spirit of their subjects, Shonen Knife tears though 13 songs and thee chords in about 32 minutes. The versions presented here are energetic, simple, and reverent. “- Punknews.org