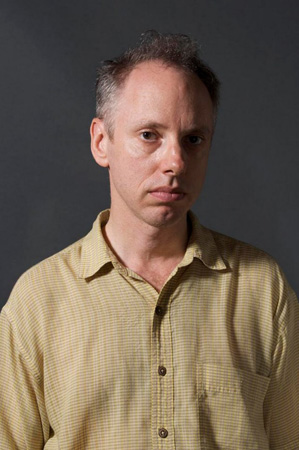 Solondz was born in Newark. Not much has been written about his early life in New Jersey besides being from Newark.  He wrote several screenplays while working as a delivery boy for the Writers Guild of America. Solondz earned his undergraduate degree in English from Yale and attended New York University’s (NYU) Graduate MFA Program in film and television, but did not complete a degree.

During the early 1990s, Solondz worked as a teacher of English as a second language to newly arrived Russian immigrants at NYANA, a refugee resettlement agency in New York City, an experience he has described as deeply rewarding. Interestingly, in his film Happiness, the character Joy finds a similar experience to be traumatic. It leads her to be more symphatetic to workers’ strikes.

One of Solondz’s short films was Schatt’s Last Shot, made in 1985. The title character is a high schooler who wants to get into Stanford, but his gym teacher hates him. The teacher fails him because he cannot make a shot in basketball. He has no luck with the girl of his dreams, but he wishes he was more like the coach, whom he challenges to a game of one-on-one. The short has seldom been seen outside film schools.

In 1989 Solondz wrote and directed Fear, Anxiety & Depression, an episodic comedy about fledgling playwright Ira (played by Solondz) and his frustrating interactions with the opposite sex. The film’s fractured narrative structure and casual relationship with the “fourth wall” are somewhat reminiscent of Annie Hall, and the neurotic, bespectacled protagonist uncomfortable with attainable love is reminiscent of many of Woody Allen’s roles. As Solondz’s approach to writing changed considerably after this film, it bears little resemblance in tone or style to his later work, except in its bleak world outlook and the way in which it draws humor from grim situations such as suicide attempts and sexual assault. Characterizations are broader than viewers of Solondz’s more deadpan later films might expect. The film contains several musical interludes, including three songs written for the film. Stanley Tucci appears in one of his earliest roles as an old, disliked acquaintance of Ira’s, who takes up playwriting on a whim and instantly becomes the toast of Off-Broadway. The studio’s second-guessing soured Solondz on the film and directing in general; as a result, the film rarely appears on Solondz’s official filmography.

The frustrations of his first feature led Solondz to swear off further involvement with the industry. More than five years later, an attorney friend urged Solondz to give filmmaking another go, and promised to partially finance any project Solondz came up with. The end result was 1995’s Welcome to the Dollhouse, which went on to win the Grand Jury Prize at the Sundance Film Festival.

The rest is cult film and Hollywood history.