We told you about Harrison’s being on the list but now Camden and Salem are getting attention, too.

24/7WallStreet.com created a list of the nine municipalities with the worst credit rating from Moody’s and New Jersey had three of those nine towns.  That’s not a good sign. 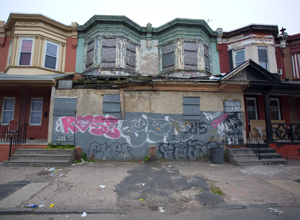 Number 9 on the list is Camden. It’s no surprise that the city’s had problems with money for a long time. They are so bad off that they recently had to layoff a lot of police officers and firefighters earlier this year. According to Yahoo! News, “the city collected $181,257,000 in revenue in 2009, but was in debt to the tune of $103,284,000 during that same year.”

Moody’s notes that three out of the last five mayors of Camden have been imprisoned because of corruption, more than half of their real estate is tax-exempt and they’ve had a bad credit rating since 1998.  Clearly, Camden is in really bad shape.

If that were the only bad news, no one would be too surprised.  But, seeing two more NJ cities on the list is pretty shocking.  We already covered Harrison’s listing in this article.  But, Salem is also on the list coming in at number 6. Both Harrison and Salem have their problems partly because of bad investments. Salem built a large office building downtown with the intention of leasing office space. But construction delays caused lease payment delays and money has been taken from the debt fund numerous times.

Pin It
Previous post:
My Experiences in Americas Richest Zip Code, Alpine NJ Next Post:
What’s Fresh This Week at the Farmers’ Markets?