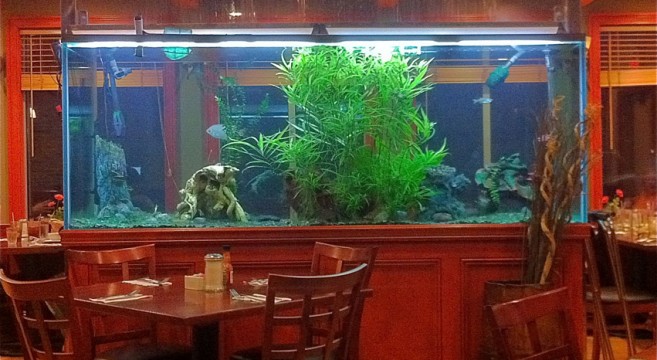 It’s hard to miss this renovated diner if you find yourself on Schuyler Avenue in Lyndhurst.  It’s got a beautiful blue aura and looks like a mirage from far away. We drove by a few times before trying it out.  You shouldn’t wait as long as we did! 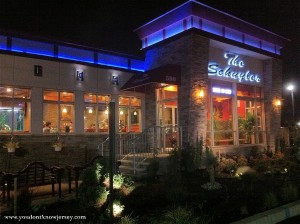 We went for dinner and tried the calamari as appetizer.  It was very crispy with mostly rings and not many tentacles.  The marinara that came with it could have been a little spicier or bolder.  It definitely needed something. The good news was that another sauce came with the squid and it was sweeter and had a more vibrant taste.  Now that is a good dipping sauce! 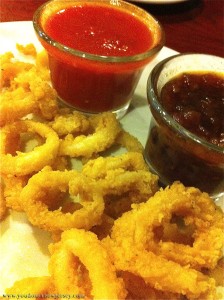 We had two soups, too. Chicken noodle which was good but nothing special. The far better soup was the creamy potato soup.  It wasn’t billed as Loaded Baked Potato soup but it should have been.  Bits of bacon and nice cheddar cheese really made this soup something more special than advertised. 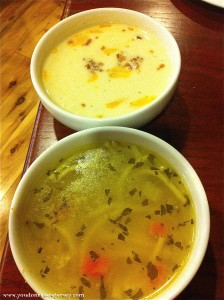 Next up were our entrees.  I had the fish and chips.  The chips were OK but the fish was the star of the show here. It tasted really fresh and was nice and flaky under the light batter.  The thing I liked the best was that the strips of fish were cut much smaller than the usual fish and chips style large fillets.  These were fish strips that you really could pick up and eat pretty easily. 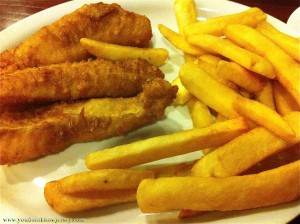 We also tried the Chicken Murphy which was really nice chicken with sausage, peppers, potatoes and jalapenos.  Wow, that was a good dish!  The chicken was really tender and the sausage and peppers were nice and spicy.  All of that was in a really spicy and slightly creamy sauce.  It also came with two sides so it was a very filling meal.  Side options included various types of potatoes, onion rings, rice, homemade cole slaw (YUM!), various pastas, creamed spinach, asparagus (roasted and delicious), creamed corn and steamed broccoli. 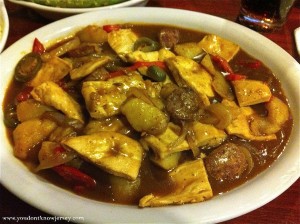 The Schuyler also has a really good looking breakfast menu that we’re eager to go back and try.  Urban Spoon has the Schuyler menu online.  You should go check it out, too!

Check out all our pictures from our visit to the Schuyler: 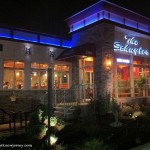 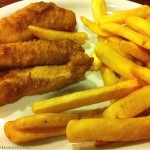 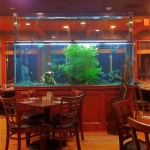 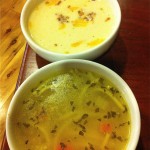 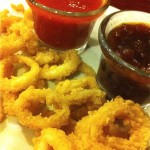 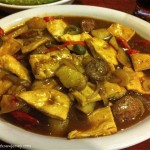