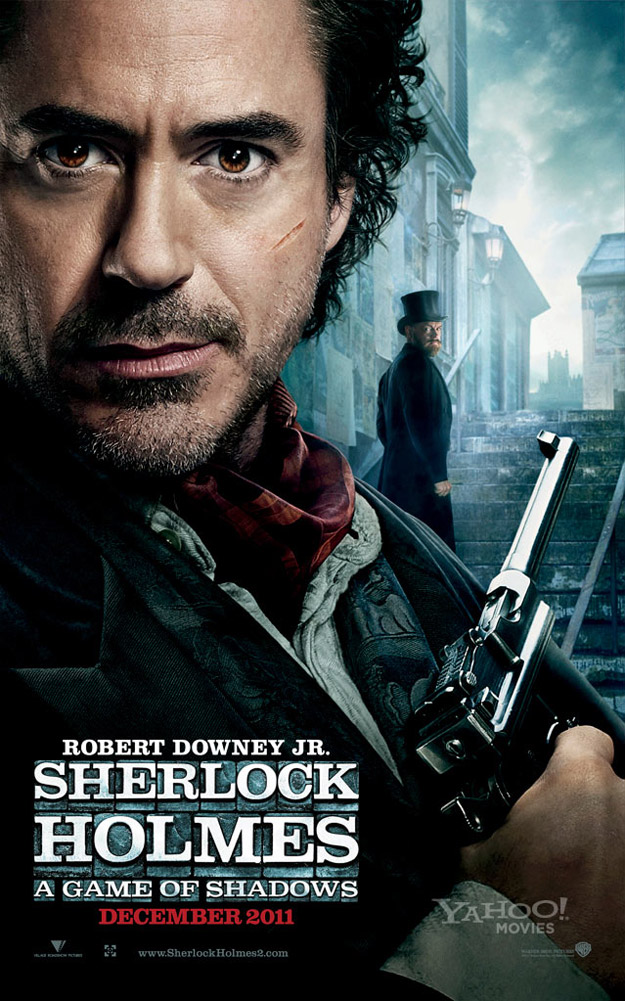 This is the second Sherlock Holmes movie starring Robert Downey Jr. in the title role and Jude Law as Watson. Both movies are Directed by Guy Ritchie. This film is slightly better than the first but that isn’t saying a whole lot. Both movies have the same strengths and weaknesses and the weaknesses are a serious issue. Sherlock Holmes simply isn’t done correctly. Robert Downey Jr. portrays the character well with a slight bit of overacting for humor’s sake. The flamboyant, witty, attentive and obsessive sensibilities that he brings to the role are a good thing. The problem is that the brilliant and analytical way that he should be solving mysteries is given short shrift and there is an attempt to fill that in with some well staged but lifeless action sequences.

Making a new version of Sherlock Holmes is okay but it has to be really well thought out so that you have something different but just as good as the original. You keep getting the feeling in both Sherlock Holmes films that the film makers were scared that if they didn’t include multiple fight sequences and action scenes that the audience would be bored. At the same time they apparently didn’t want to burden the audience with a mystery. I guess they thought the audience would be too stupid to think about solving it or that it would frustrate them even though they went to a movie where they know that the lead character is a detective. So instead, they have an extremely weak mystery and plot that no one could possibly figure out since there are really no cohesive clues or story. They simply explain everything to you at the end. It is reminiscent of a Scooby Doo episode. A contrived mystery that no one could figure out and all you know is that the new stranger is the villain. I expect more from a movie written for adults.

There are many questionable plot developments that make little sense or seem generally pointless but in the end this movie does have an important large scale James Bond type plot element which is more than you can say for the previous film. I also enjoyed the scenes in both films where Sherlock Holmes sees what is going to happen as he is predicting the outcome of a situation, like a chess player trying to figure out how their opponent will respond to their moves and carrying it out as far as possible toward the end game. I just wish the technique was used in more instances than the fight scenes.

There are nice touches like some humorous scenes that work. The team of Robert Downey Jr. and Jude Law is a good one and they work well together. The villain is played well by who strikes a good cross between upstanding citizen and famous writer who is in secret moonlighting as a villain with evil aspirations. They did a very good job in casting the role. There is a particularly engrossing scene toward the end involving the villain that has some really good energy. And in creating the early 1900s, the movie looks good and the world feels complete.

There is good foreshadowing and bad, including a scene that is almost painfully obvious to the audience as to what is going to happen that it drains all would be suspense and tension completely out of it which makes you wonder why they did it in the first place. Like I said before, this movie has both good and bad points but the lack of a good mystery and detective work is something that should really be addressed in the next installment.