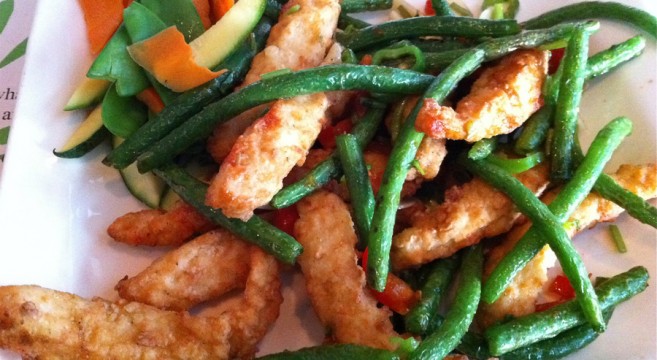 OK, we didn’t go back to Veggie Heaven to trick anyone.  Instead we went back because it was really, really good food and we wanted to get some pictures for this restaurant recommendation.  There are three Veggie Heavens in New Jersey.  According to the website VeggieHeavenNJ.com, they are independently owned and operated.  We’ve only been to the Montclair site so we can’t vouch for the Denville and Teaneck locations.  However, we’ve heard good things about both other restaurants so we assume that they are all similar.

The first time we went, we weren’t too adventurous.  We basically had General’s Chicken, Shrimp Fried Rice… you know, the usual Chinese-American type dishes. But, this time around, we tried some different dishes to see if their quality stood up across the menu. The stand out dish at this evening’s meal was Five Flavored Crispy Golden Eel with Spinach Noodles. 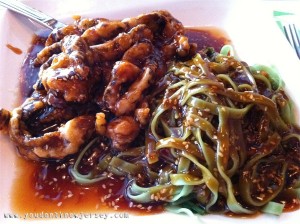 The layers of flavor in the eel were amazing.  Salty, slightly sour and savory with the crispness of the coating made a perfect bite each time.  The sweet sauce with sesame seed garnish complemented the eel and added just the right amount of sweetness without being overpowering.  The spinach noodles were a nice bonus, too.  Normally, something this flavorful would be served with some vegetables as an afterthought. These spinach noodles made the dish extra filling and had a nice green-herbaceous taste which was a calm note after the fireworks of taste from the eel.

I’m getting ahead of myself a little by raving about the eel.  Before our entrees, of course we got a few appetizers to try. 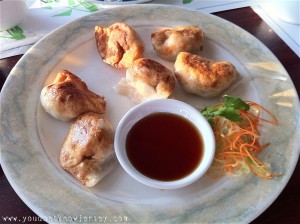 Their fried dumplings certainly fit the bill for a delicious appetizer.  Crunchy and served piping hot, the filling was meaty both in texture and taste. It’s actually hard to believe that these dishes are all vegetarian. The dumplings weren’t very highly seasoned but were still satisfying.  Miso soup isn’t necessarily something that would excite anyone too much but their version was really flavorful and had lots of very firm tofu and plenty of punch for an appetizer. Their Spring Rolls were also good but how could a vegetarian restaurant mess up something that’s always been veggie, anyway, right?

The other entrees we ordered were Crispy Shrimp with Green Beans and Rice Noodles with Chicken. 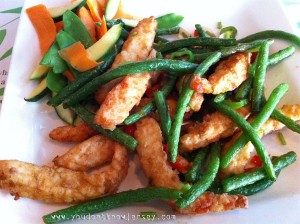 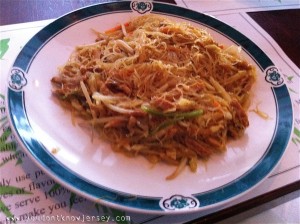 The Crispy Shrimp was very flavorful and again, hard to detect that it wasn’t really shrimp.  That’s one of the most amazing things about all these dishes.  Usually, at a vegan or vegetarian restaurant, the chefs are making dishes that are delicious but obviously not the original menu item.  At Veggie Heaven, you can order someone these Rice Noodles with Chicken and they will never know that it wasn’t chicken.  It cuts like chicken, tastes like chicken and has the mouthfeel of chicken.

Of course, we don’t recommend you try to trick anyone.  But, we all know someone who will balk at going to a “vegetarian restaurant” saying that they “need meat to be satisfied.”  Well, Veggie Heaven’s got them covered.  So, get out and enjoy some healthy meat-free dishes while tasting your way around a meaty-sounding menu!

Here are all our pictures from our evening at Veggie Heaven in Montclair: 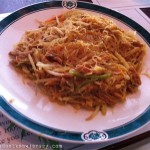 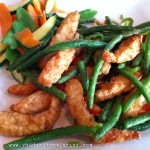 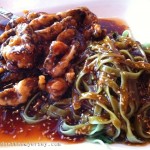 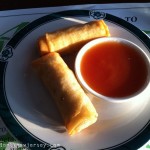 Hard to mess up Spring Rolls. Especially at a vegetarian restaurant! 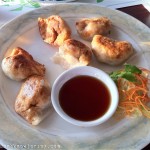 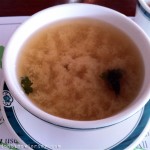