Movie Review – The Girl With the Dragon Tattoo 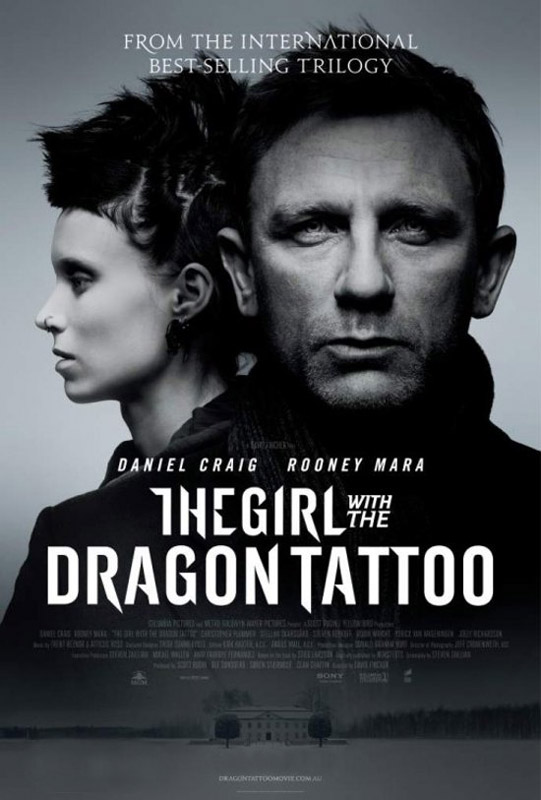 The Girl with the Dragon Tattoo is a movie about 2 very different people and how their lives collide as they team up to solve a mystery.

This is a remake of a foreign film that was based on a series of novels. David Fincher does his usual great job here of creating an engrossing movie with great cinematography. The film has a great cast full of interesting characters and supporting roles.

The title character is a unique and amazing one and Rooney Mara does a great job with it. At the end of the movie you see her character in a way that you would never have expected to at the beginning and that is a true accomplishment. I really hope she gets an Oscar nomination for this role. Daniel Craig is very good as a journalist involved in a scandal for not checking his facts before publishing a story. He gives a very relatable performance and he guides the audience through the story.

Toward the end the movie drags at times and feels rushed in others. At 2 Hours and 35 minutes, this is a long movie but in some ways I wish it was longer to finish some of the storylines in a more complete manner. The movie isn’t perfect but it is one of the best films of the year.