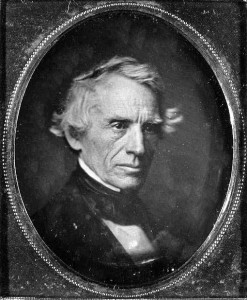 On this day in 1838, Samuel Morse first publicly demonstrated his telegraph, in Morristown, New Jersey.

At the Speedwell Ironworks in Morristown, Morse and his partners, Professors Leonard Gale and Alfred Vail, made the first public demonstration of the electric telegraph. Although Morse and Alfred Vail had done most of the research and development in the ironworks facilities, they chose a nearby factory house as the demonstration site. The first public transmission, with the message “A patient waiter is no loser,” was witnessed by a mostly local crowd.