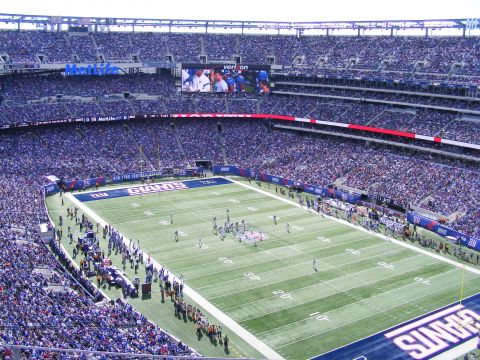 New York City is holding a ticker-tape parade tomorrow for the Super Bowl XLVI champs at 11:00 a. m. starting at Battery Place and Washington Street and traveling through the Canyon of Heroes to City Hall Plaza where Mayor Michael Bloomberg will present the Giants with keys to the city.

After the parade, the Giants will board buses to New Jersey.  You know, the state where they actually play their home games.  Players, owners and coaches will celebrate with New Jersey Governor Chris Christie and as many fans that will fit on the field at Metlife Stadium.

Parking Lots F and G will open beginning at 11:00 a. m. and the Metlife ceremony is expected to run from 3:00-3:30.  You probably want to get there early.  Tailgating is permitted.

Here is the information from the MetLife Stadium site.

Pin It
Previous post:
New York Giants Are Super Bowl XLVI Champions Next Post:
Things to do in Jersey – February 10 11 12 2012