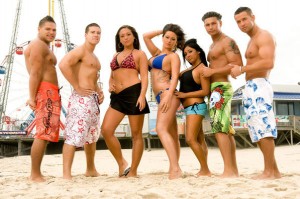 Hoboken Mayor, Dawn Zimmer, posted a memo on the city’s website Tuesday saying that a filming request was denied for a spinoff of the Jersey Shore starring Snooki and J-WOWW citing safety concerns.  Zimmer wrote that the decision was “based on protecting public safety and quality of life concerns for Hoboken residents.”

Apparently, the producers have copped to filming without permits in another NJ town so the mayor also wrote Jim Bianco, one of the producers, that he had the right to appeal the denial but that she would be watching the production carefully. The cast of Jersey Shore has gotten in trouble both in New Jersey and in Italy where one of the seasons was shot.

Gothamist has a copy of the entire letter.  The NY Post didn’t even get to the good stuff in the letter.  It’s definitely worth a read.  The mayor basically called out the producers for admitting they paid bribes to other towns’ officials to film there.  It’s a pretty spicy letter.