Seen the Video of the 125 MPH Ferrari Police Escort Down the Parkway, Yet? 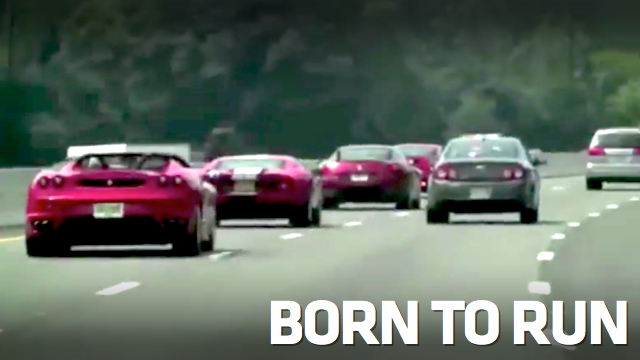 By now we’ve all heard the story about this up-to-125 MPH run down the Parkway by various supercars being led by a State Police escort.  Supercars racing/rallying down the Parkway isn’t necessarily news, of course.  The State Troopers’ well-organized escort picked up at various points by different troopers and finally a Red Bank police car is what makes this video the really damning thing it is.

Two kids who happened to be on the Parkway at the same time and also happened to have a video camera let us in on the action.  Video is on Jalopnik.com via Watch The 125 MPH Ferrari Police Escort That Got Two NJ Cops Suspended.  Careful, it’s somewhat NSFW.

The one thing that stands out to me is that there’s so much traffic that I sort of doubt the 125 MPH claim.  But, there are certainly enough traffic violations to go around in the video so the actual MPH may be just a matter of opinion.

Troopers are already being suspended over this situation and this video doesn’t go too far in making them seem less guilty.

Pin It
Previous post:
Things to do in Jersey – April 27 28 29 2012 Next Post:
Still Time To Vote For Your Favorite New Jersey Beach