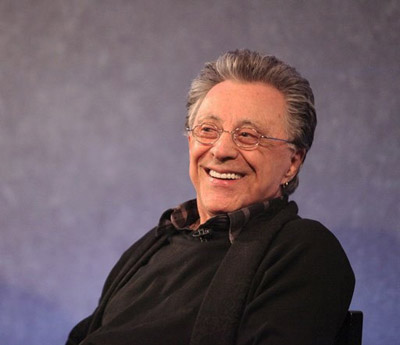 Valli was born Francis Stephen Castelluccio in the First Ward of Newark. His father, Anthony Castelluccio, was a barber and his mother, Mary Rinaldi, was a homemaker. He was inspired to take up a singing career at the age of seven after his mother took him to see Frank Sinatra at the Paramount Theater in New York. His early mentor was Texas singer Jean Valley, from whom he obtained his last name, although it took him some time to settle on the spelling “Valli.” Until he could support himself with music, he worked as a barber.

As with many other celebrities, Valli’s birth year has been called into question. Much of the previous official publicity surrounding his career had used 1937 as the birth year. It is hard to tell when and why this occurred, but inference can be made that by chopping a few years off his age, he would seem more commercially viable to a younger audience.

Valli began his professional singing career in 1951 with the Variety Trio (Nickie DeVito, Tommy DeVito and Nick Macioci). Valli’s desire to sing in public was initially granted when, having heard Valli sing, the group offered him a guest spot when the group performed. In late 1952, the Variety Trio disbanded and Valli, along with Tommy DeVito, became part of the house band at The Strand in New Brunswick, New Jersey. For his part, Valli played bass and sang. He cut his first single, “My Mother’s Eyes,” in 1953 as “Frankie Valley,” a name he adopted from “Texas” Jean Valley, a favorite female singer. Around this time, Valli and Tommy DeVito left the house band at The Strand and formed The Variatones with Hank Majewski, Frank Cattone and Billy Thompson. In 1956, as part of an audition backing a female singer, the group impressed New York record man Peter Paul, who had them auditioning at RCA Victor a week later. Renamed The Four Lovers, the group recorded several singles and one album’s worth of tracks. They had a minor hit with “You’re the Apple of My Eye” in 1956. Nickie DeVito and Hank Majewski left in 1958 to be replaced by Nick Macioci (now Nick Massi) and Hugh Garrity. Massi was in and out of the group, and, occasionally Charles Calello joined on accordion. The group continued to perform until 1959, when Bob Gaudio became a member. After a few more changes, the group was renamed “The 4 Seasons” in 1960.

As the lead singer of The Four Seasons, he had a string of hits beginning with the number one hit “Sherry” in 1962.

And, the rest is music history!