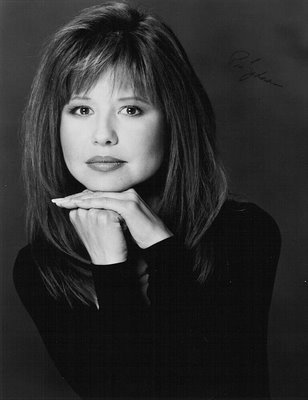 Zadora was born Pia Alfreda Schipani in Hoboken. Her mother, Saturnina “Nina” (née Zadorowski), was a theatrical wardrobe supervisor for Broadway productions, the Metropolitan Opera, and the New York City Opera, and her father, Alphonse Schipani, a violinist. She is of Polish maternal and Italian paternal descent. She adapted part of her mother’s maiden name as her stage name. Zadora appeared as a child actress with Tallulah Bankhead in Midgie Purvis. She played the youngest sister (Bielke) in the Broadway production of Fiddler on the Roof (1964–1966).

Zadora’s first film was in 1964’s Santa Claus Conquers the Martians, as Girmar, a young Martian girl (the movie became notorious years later on the TV series Mystery Science Theater 3000). She also sang Hooray for Santy Claus in that movie. Her career made little headway until she met Meshulam Riklis, 30 years her senior, in 1972, while touring with a musical production. The couple married on 18 September 1977 (and divorced 29 March 1995). Not long after her marriage, she made her breakthrough as the Dubonnet Girl, appearing in print and television commercials for the apéritif. Her husband was a shareholder in Dubonnet’s American distributor.

Zadora starred with Stacy Keach and Orson Welles in the 1982 film Butterfly, with a plot around father-daughter incest, and featuring Zadora singing “It’s Wrong For Me To Love You.” She won that year’s Golden Globe Award as Best New Star of the Year, amid charges that her husband had bought the award with a promotional campaign. Zadora’s image filled billboards on Sunset Boulevard. Not all critics were enamored of her performance; however, she was also awarded “Razzies” as “Worst New Star” and “Worst Actress” in the 1982 Golden Raspberry Awards.

Zadora next starred in the 1982 film Fake-Out (aka Nevada Heat), a women in prison B-movie comedy co-starring Telly Savalas, and in the 1983 film adaptation of a Harold Robbins novel, The Lonely Lady, playing an aspiring screenwriter who achieves success after surviving sexual assault. She was awarded another Razzie as Worst Actress of 1983. On the basis of her multiple awards, the Golden Raspberry Awards later named her Worst New Star of the Decade (1980–1989).

In 1985 Zadora starred as the object of an extraterrestrial’s affections in the musical-comedy Voyage of the Rock Aliens. In addition to showing off her comedic side, the film showcased her musical talents and featured half of the songs from her 1984 album Let’s Dance Tonight.

In 1988, she played a beatnik in John Waters’ Hairspray.

She attained success in Europe as a singer, and had several hit singles throughout the world. In 1984, she received a nomination for a Grammy Award for Best Female Rock Vocal Performance for the song “Rock It Out.” Her cover of the Shirley Ellis hit “The Clapping Song,” reached the U.S. Top 40 in 1983, and she had a hit duet with Jermaine Jackson titled “When the Rain Begins to Fall” in 1984 from the movie Voyage of the Rock Aliens. A minor hit in the US, the song reached #1 in some European countries.

And the rest is music and Hollywood history.