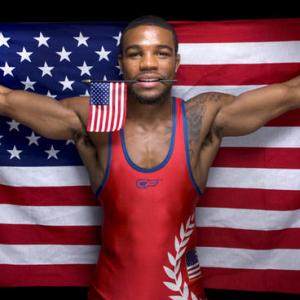 Jordan Burroughs was born in Camden and grew up in Sicklerville. He’s heading to London to compete in the 74 kg Freestyle wrestling weight class. He caught the attention of Deadspin.com for his extreme confidence on his website and his Twitter account. How cool is that?

We will be watching Jordan wrestle on NBC on August 10th.  Join us in cheering him on!

For Jordan Burroughs, the face of US wrestling, it’s gold or bust at the Olympics – NJ.com

Olympics Field Guide: Jordan Burroughs: The Best Wrestler In The World Who Isn’t Afraid To Say It – Deadspin.com

Thanks to teamusa.org for their information on Jordan Burroughs.