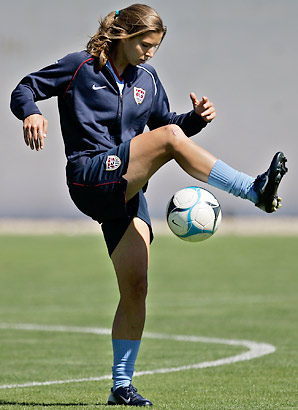 We can watch women’s soccer beginning July 25th and the medal games are on August 9th on NBC.

Some bio data via Wikipedia.org

Thanks to teamusa.org for their information about Tobin Heath.