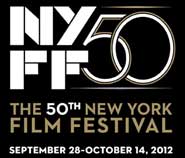 David Chase’s latest project is set in New Jersey, again! This time around it’s a movie called Not Fade Away and it’s about a musical group set in 1964. The Film Society of Lincoln Center has announced that it’s making the film it’s Centerpiece Gala selection for the 50th New York Film Festival (September 28-October 14). Not Fade Away will make its World Premiere on Saturday, October 6.

This is Chase’s directorial debut for a feature movie.  It’s coming-of-age movie where a group of friends are inspired to form their own rock band fronted by a gifted singer-songwriter. The film also sounds like it has a great soundtrack produced by Steven Van Zandt. The film also stars Jack Huston, Will Brill, Bella Heathcote, James Gandolfini, Brad Garrett and Christopher McDonald.

Excited to see something new coming from one of New Jersey’s biggest fans!