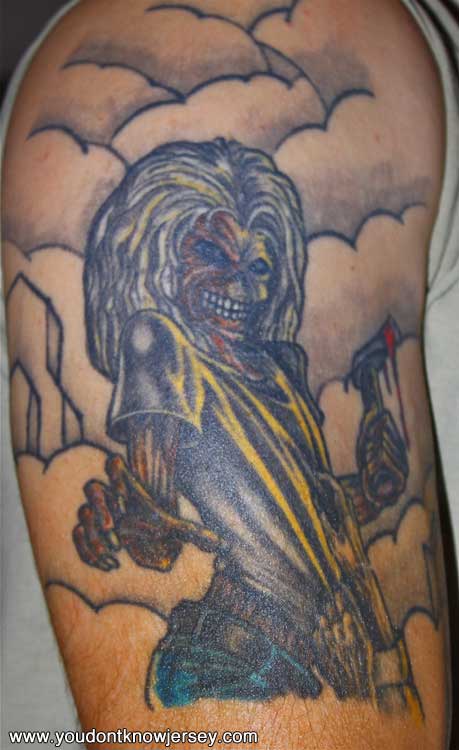 Last week the Rutgers Eagleton Institute of Politics released results from a poll that show many New Jersey voters are sporting tattoos. The poll shows some interesting facts. Nearly 40 percent of New Jersey voters born after 1980 say they have at least one tattoo, while across all age groups, 19 percent have ink somewhere on their bodies. Sixty-two percent are proud of their body art, 6 percent not so much. The remaining respondents feel neutral about their body-altering decision. Interesting facts on the political voting habits are also included in the poll.

They asked these questions in the wake of the cancellation of the Jersey Shore.

“Shows like Jersey Shore helped bring tattoos into the mainstream in the past few years,” said David Redlawsk, director of the Rutgers-Eagleton Poll and professor of political science at Rutgers University. “But even as ink goes mainstream, those without are far more likely to look down on their tattooed neighbors than to think better of them.”

Are tattoos more acceptable these days? Are they still looked down upon in the workplace? Interesting questions indeed. Like the poll showed, most people I know are proud of their ink. In fact many of my friends who have body art have more than one and are usually thinking of getting more. They are not hassled at their jobs. I am sure some companies still frown on tattoos but you hear it less and less.

Do you have a tattoo with a New Jersey theme?  If so e-mail it to us at pics@youdontknowjersey.com and we will post them in a future article.