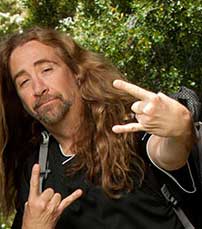 Mark “Abba” Abbattista lists his hometown as Denver, Colorado, in his bio on the Amazing Race website.  So, we didn’t give him much of a look when we were searching for New Jersey connections to one of our favorite shows.  Imagine our surprise when we got an email from him directly letting us know that he’s New Jersey—born and bred!  Yes, he currently lives in Colorado but he was born in Teaneck, raised in North Arlington and even his wife is from Kearny.  He’s Jersey, through and through.

The 45-year-old is an entertainment lawyer. He negotiates and drafts various music-related contracts and licenses and also helps create and develop business strategies and touring opportunities for music and entertainment clients. 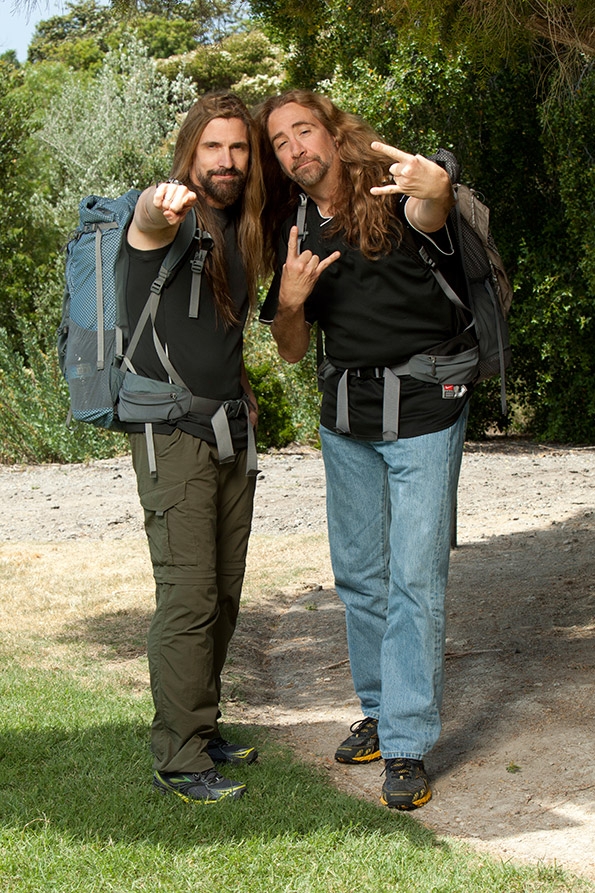 North Arlington’s Mark Abbattista on the right with his friend and teammate, James LoMenzo. [photo via cbs.com]

If Abba’s teammate looks familiar, you must be a heavy metal fan.  That’s his friend James LoMenzo of White Lion and Megadeath. Abba manages James along with other heavy metal royalty in a supergroup called Hail!  Other band members include Slipknot bassist Paul Gray, drummer Paul Bostaph of Testament/Slayer/Exodus, axeman Andreas Kisser from Sepultura and vocalist Tim “Ripper” Owens of Judas Priest, Beyond Fear and Yngwie Malmsteen.

Abba was cool enough to answer some questions for YDKJ:

1. What did you like about growing up in New Jersey and what are some of your favorite places?

There is a community and pride like no other in New Jersey. You champion “your New Jersey” as a badge of honor and there is a lifelong loyalty and almost fraternity-like camaraderie amongst people who live there…even with those people who live in south Jersey! Haha There is something special about being from Jersey, we all know it and we have no shame in telling everybody. No other state has that pride.

My family went down the shore every summer so I have a soft spot for Tom’s River, Lavallette, Ortley, the Seaside boardwalk, etc. As a kid in North Arlington I loved exploring around the Passaic River, the meadowlands and places like Snake Hill – that was wildlife to me and unknowingly it probably was the spark of my love of the outdoor life.

I love Giant Stadium(MetLife), home of the Super Bowl champion New Jersey Giants! I was at the Super Bowl in Indy and it was like being in East Rutherford.

2. What do you miss about living in New Jersey?

Obviously my family but hands down the Italian food – the Italian Villa’s pizza in North Arlington, Gino has fed that area for 30 years, knows everybody by name and is a part of the community’s history (I’ve been known to stop there on the way to/from the airport for a slice haha). Jersey is full of place’s that have strong traditions and they become the fabric of the local society – Obco donuts in Toms River has been there for 60 years, Rutt’s Hut in Clifton, Maruca’s, etc.

I miss blue claw crabs – crabbing with my Dad as a kid is one of my favorite memories, and my Mom makes them in a killer crab gravy with macaroni (that’s sauce to the non-Italians) – unbelievable. I miss cavatelli, wet mozzarella, great provolone, Italian bread and typical Jersey stuff like diners, disco fries, Taylor ham, egg and cheese.

3. What about growing up in New Jersey prepared you for Amazing Race?

I think the extremely fast pace of everyday life in the tri-state area is great preparation because the ability to operate at race speed in making lightning fast observations and decisions is all normal to me (and James too, he grew up in Brooklyn and has the same innate ability). Couple that with the brutally honest style of communication common in the area – you say what you think and make no apologies – and you have a potentially scary skill set. But those skills have a limit because communicating with farmers and villagers outside of big cities often requires a completely different approach.

4. Was it more helpful being a lawyer or being in the music industry while you were racing?

The analytical skills associated with being a lawyer are helpful in objectively and unemotionally breaking down issues and creating a problem-solving process. The music industry side has provided years of practical, street-level experience to utilize those skills across many different cultures on an international basis. I can’t really separate the two but I’d say our touring experience was most beneficial.

5. What did having a seasoned traveler like your teammate do for your team?

We always felt our travel experiences would be a huge advantage. James and I have both traveled the world extensively – we’ve each been to 60-70 different countries (and not the same ones either) and ran through 500 airports. We’ve seen different people, alphabets and cultures, heard different languages, smelled different odors, tasted different foods and know that feeling of awkwardness and uncomfortableness of being in unfamiliar surroundings.

The travel is extremely stressful by itself…but then throw in every imaginable fear people have (heights, insects, claustrophobia, snakes, eating weird things, etc.), the competition of 11 other type-A teams trying to beat you in a race and the fact that 10 million people are going to be watching you and you have an Emmy winning television show! Paraphrasing Dorothy “You’re not in Kansas anymore,” it’s brutal.

6. How did the twins take your ribbing about not being native New Jerseyans? [eds. note: Abba told us in his initial email that he had teased NJ’s other Amazing Race team, Natalie and Nadiya, about not being “real” Jersey.]

What could they say, the proof is in the birth certificate (and mine is attached!)

Natalie and Nadiya were great – they are the classic twins, talking at the same time and finishing each other’s words, the way they interact with each other is remarkable. I always joked with them about their third sister – that poor girl! LOL

7. Did you get _your_ pink suitcase, yet? [Eds. note: You’ve already read their bio, right, readers?]

James lost a red suitcase in Japan so the airline gave him a replacement and this was the closest color they had. To make it worse, the thing is gigantic so you can’t miss it. I’m constantly busting his chops about it and thankfully he couldn’t travel with it on the Race or else I might have stayed home. It’s become famous so maybe I can convince him to auction it off for charity just to get it out of my life! HAHA

The only question now is whether Abba and James will face a challenge that requires them to shave off their hair.  Don’t laugh… contestants had to face just this dilemma in a previous season to earn a much-needed Fast Forward!

Tune in to CBS this Sunday at 8:00 PM EST to watch the 21st season premiere of The Amazing Race and cheer on all our New Jersey racers—Abba and the Anderson twins!

Pin It
Previous post:
Cape May is the Seventh Coolest Small Town in America According to Budget Travel – Only Seventh? Next Post:
Event – State Theatre NJ – The Midtown Men – October 11 2012