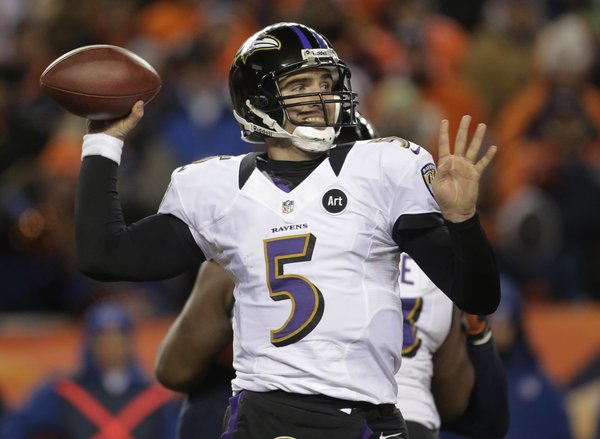 “I think it’s retarded,” Flacco said at a press conference on Monday. “I probably shouldn’t say that. I think it’s stupid. If you want a Super Bowl, put a retractable dome on your stadium. Then you can get one. Other than I don’t really like the idea. I don’t think people would react very well to it, or be glad to play anybody in that kind of weather.”

Of course Flacco was in an immediate pickle for using the derogatory term “retarded”. But he does stand by his opinion that the choice of  New Jersey is “crazy”.

Some people think Joe should man up. I tend to agree. C’mon Joe!  You’re from New Jersey! Football was made to be played in the elements. When I think real football I think of tough football towns like Chicago, Green Bay, and Cleveland with long histories of great games in the cold. The weather is part of the game.