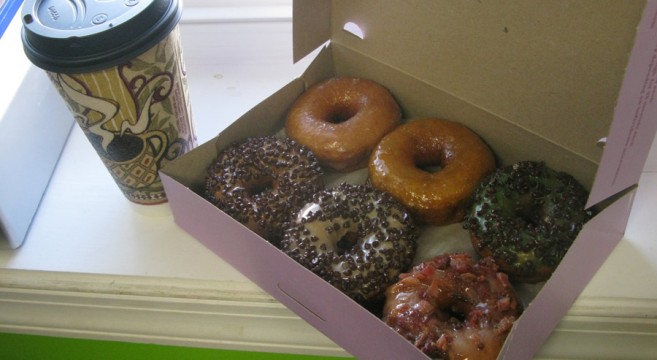 As soon as we heard that The Fractured Prune was open for the year, we knew we needed to get over there.  Last summer, we kept meaning to get there while we were on vacation in Ocean City but delicious breakfasts at The Scarborough Inn prevented us from being ready for donuts every morning.  Now was the time to get in on those fresh hot treats.  And, boy did we! 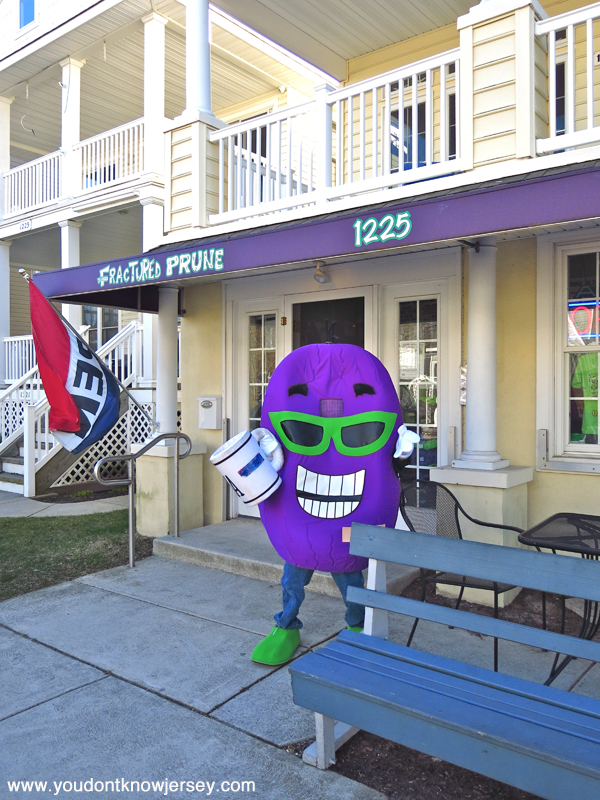 At the Fractured Prune, you get to concoct your own donut blueprint and the staff will create it for you.  It’s fun and delicious!  It all starts out with a fresh hot yellow cake donut.  Then, there are sixteen glazes to dip the donut in:  honey, banana, chocolate, maple, cherry, strawberry, lemon, raspberry, orange, peanut butter, blueberry, mocha, mixed berry, mint, caramel and vanilla.  Next, you choose from eight kinds of toppings and/or three kinds of sugars to have sprinkled on top. Toppings include rainbow sprinkles, chocolate jimmies, coconut, peanuts, Oreo cookies bits, mini chocolate chips, graham cracker crumbs and bacon bits.  Sugars come in powdered, granulated and cinnamon varieties.  Look how cool all the glazes look all lined up! 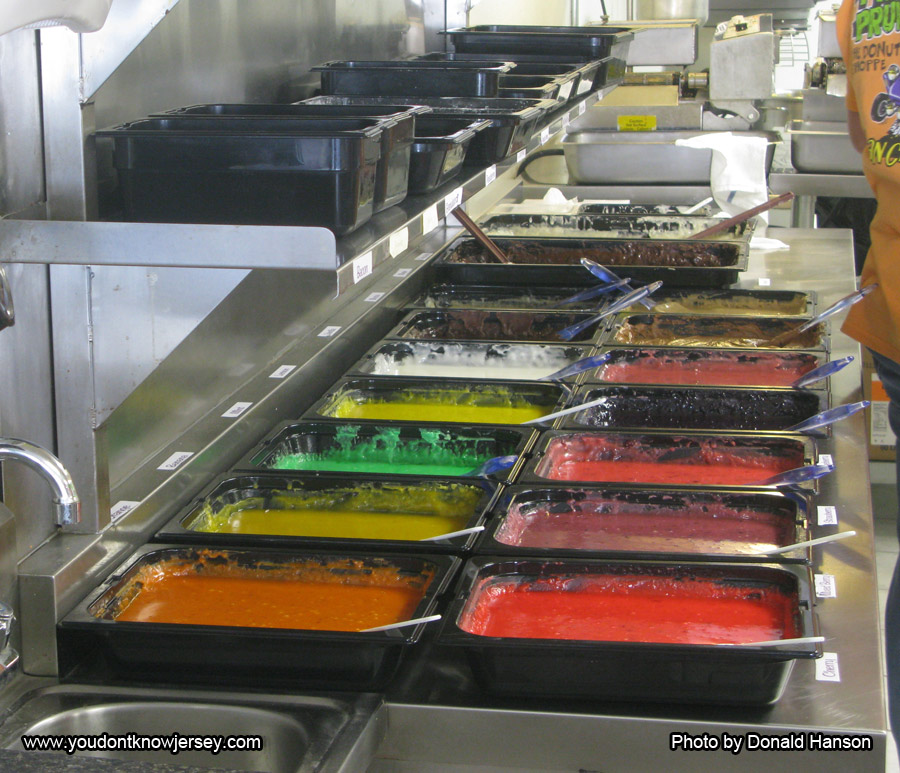 If you’re not feeling creative, or maybe they’ve already created exactly what you want, you can peruse their menu board for pre-selected creations.  Here’s what we tried: 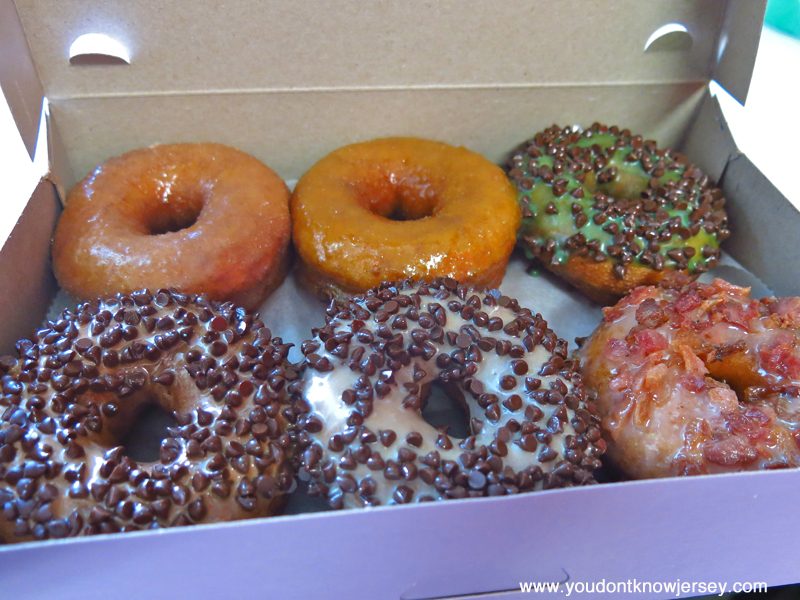 Clockwise from the top left:

O.C. Sand: (Ocean City’s favorite donut, according to owner Joanne Jenkins) which has honey glaze and cinnamon sugar.  It reminded me of cinnamon sugar toast that we used to make as kids.  Warm and sugary with cinnamon to finish it off.

Lemonade: which is a lemon glaze with granulated sugar.  This glaze is so lemony that it tastes like fresh lemons have been squeezed right onto the donut.  This was the case with other fruit glazes we tried, too.  It’s not “just a hint of lemon” glaze, it’s squeeze a lemon right in your mouth glaze.  Really, really bright citrus against the cakey donut and grainy sugar.  It must be even better in the summer when lemon always tastes better for some reason.

Peppermint Patty: which has a mint glaze with chocolate mini morsels. The glowing green mint was as beautiful to look at as it was to taste.  Minty but not over-powering.  It tasted like a donut with mint chocolate chip ice cream on it.  Yum!

Caramel Kiss: which has caramel glaze and chocolate mini morsels.  Again, the glaze was amazing.  Rich but not overpowering.  Smooth and creamy caramel with a little burnt sugar taste blending nicely with the chocolate.

Peanut Butter Cup: which is just like it sounds—peanut butter glaze with chocolate bits.  This may be the greatest of all dessert combinations and The Fractured Prune does it right.  How do they make those glazes so rich and strongly flavored?  Nothing gets over-powered in any of the donuts, you can taste everything they add.  It’s uncanny.

And, finally, Don made his own donut with vanilla glaze and bacon bits.  The bacon remains nice a crispy despite being in the syrupy glaze and was really good on the warm sweet donut. Look at that bacon donut! It made Don exclaim, “This is the most powerful thing I’ve ever put in my mouth.”  If that’s not a positive review, I don’t know what is. 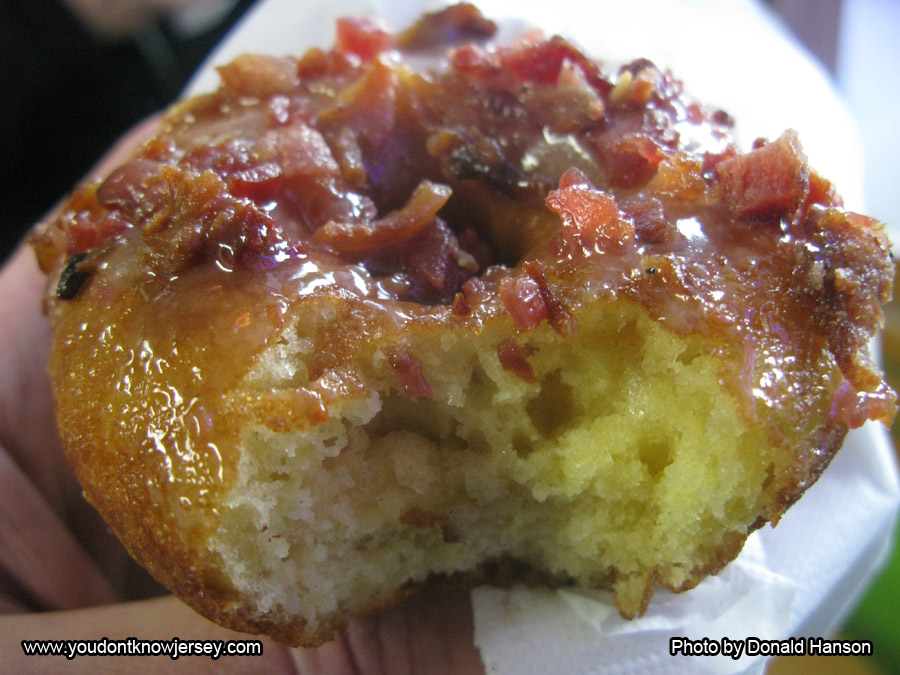 If you go soon, they’re having a contest for a new donut that they’re feature this season.  The choices—which you get to try free samples of—are banana cream pie, almond joy and chocolate covered strawberry.  I thought all three were good but banana cream pie got my vote.  Their Facebook pages currently says that my choice is in the lead, too.

The Fractured Prune is open at 1225 Asbury Ave. in Ocean City every weekend right now from 6:30am to noon. Once summer gets started, they’ll open every day but still only in the morning.  They’re opening another location starting Memorial Day weekend which will be an evening-only shop at 3339 West Ave. in Ocean City (next to Hoy’s).

Here are all the pictures from our fun visit to the yummiest donut shoppe this side of the Atlantic. 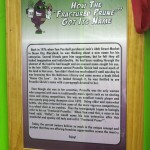 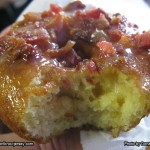 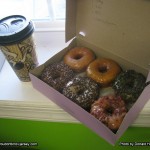 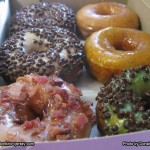 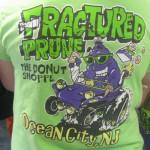 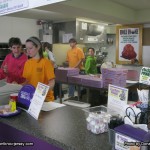 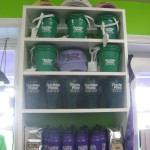 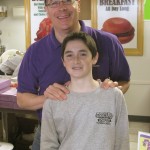 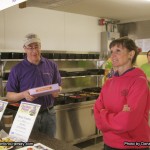 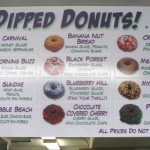 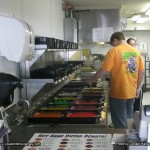 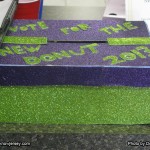 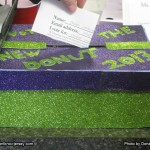 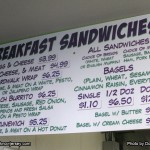 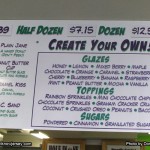 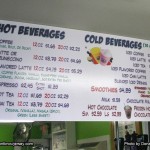 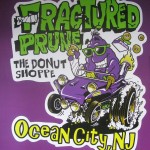 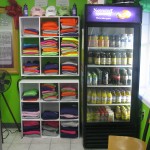 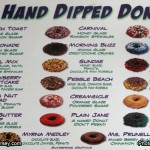 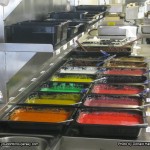 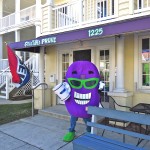 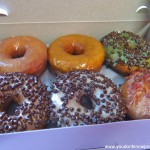