According to this nbcnews.com article, the New Jersey man who purchased the first Chevy Volt sold has achieved the equivalent of 450 MPG. 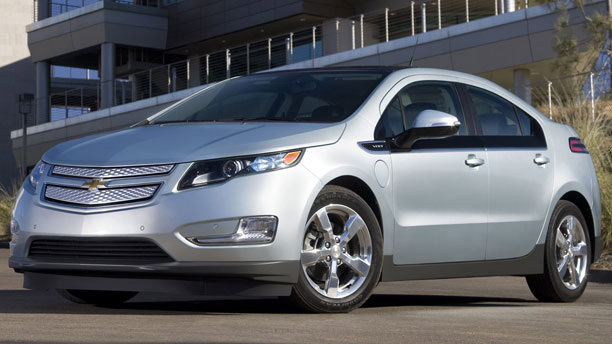 You may see MPG numbers listed for hybrids and electric cars that are a little confusing. For instance, this guy claims that he got 450 MPG but that doesn’t mean that he drove 450 miles on one gallon of gas in his tank.

When the Chevy Volt has no battery power left, it uses a gasoline engine and gets about 35-40 MPG. It wouldn’t come close to 450.

However, here is how MPG is figured when you car is operating purely on electricity. Let’s say that you get gas and it costs $3.20 a gallon. And let’s say that you get 25 miles to the gallon. Now let’s say that you charge up your car and for 0.80¢ of electricity, you can drive the car 25 miles. That means over the course of 4 days, you drove 100 miles for that same $3.20 (4 x 0.80¢). So you would say that the car can achieve 100 MPG because thats how far it went on an amount of electricity that cost you the same amount as 1 gallon of gasoline. There is slightly more factored into it but that is the just of it.

It makes it a bit confusing because as the price of gas goes up and down the relationship changes and the numbers shift. It would make more sense to simply state how far the car can go on what amount of electricity and then what kind of mileage it can get with the gasoline engine if it has one when the electricity is finished. There is no way for a direct comparison to make sense. It’s like comparing apples and oranges.

Pin It
Previous post:
Only a Few More Days Left at the Montclair Film Festival – Ends Sunday, May 5th! Next Post:
Join Us for Jersey Trivia in Bayonne on May 8th!