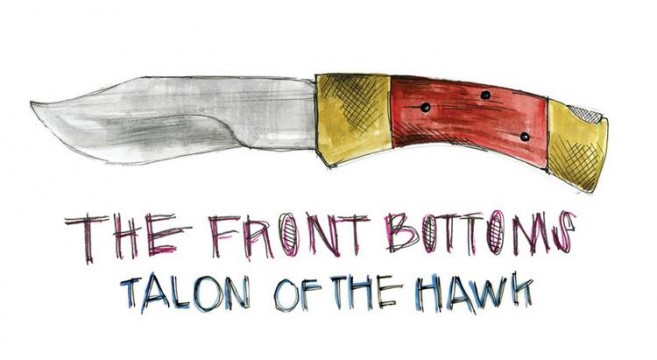 The Front Bottoms – Talon of the Hawk : Album Review

The first song on the new Front Bottoms record Talon of the Hawk, “Au Revoir (Adios)” starts much like “Flashlight” did on their debut album, The Front Bottoms. Slowly. Here, an acoustic guitar is being played with singer Brian Sella singing over it. And yes, that is an accordion. When the song kicks in at the 1:00 minute mark you know you are in for something a little different from the last record.  This is a loud sound. “Rock and roll” indeed.

Along with drummer Mathew Uychich, who plays with his usual gleeful intensity, the band has added two new musicians for this album. With Tom Warren on bass and Ciaran O’Donnell on electric guitar, trumpet and keyboards, the songs sound fuller—harder even. At times downright funky. Fans expecting the same stripped-down songs of the debut might be skeptical here but the band still retains the foundation set with the previous record. Consider it enhanced. Talon of the Hawk is a natural progression for the band and they sound really tight here. Listen to it a few times and let it sink in. It will take hold.

Lyrically the band is maturing as well. Sure there are still songs about getting stoned, like the infectious “Skeleton” with a pumping bass line and sing-along chorus but there are deeper issues here as well. Sella has a knack for capturing the trails and tribulations of growing up in these confusing times. Love is not convenient in “Tattooed Tears”—“You had me go from what I thought was smart and careful to seriously slipping out of control.” In “Lone Star” the song’s protagonist pays for a girlfriend’s abortion then admits, “The past few months were pretty rough. A couple of times wished we were both dead.” Serious stuff. In the radio friendly “Funny You Should Ask” the singer admits that things are different now. “Cause I was young, I thought I didn’t have to care about anything but I’m older now and know that I should.”

“Twin Size Mattress” is the real standout gem here. A jump both musically and lyrically for the band, it starts slowly like many Front Bottoms songs but soon layers instruments that build and build into a ferocious finish that finds Sella practically screaming, “I wanna contribute to the chaos. I don’t wanna watch and then complain, ‘cause I am through finding blame, that is the decision I have made.” This is the sound of a band moving forward.

In “Peach,” a love song which like many Front Bottoms songs is not without doubt, Sella sings, “It’s just so hard to see tomorrow past tonight.” I wouldn’t worry. If Talon of the Hawk is any indication the New Jersey band’s tomorrows are going to be pretty awesome.

Talon of the Hawk was released on May 21st on Bar/None Records.  You can order at Bar/None or Amazon. It is also available for download at iTunes.

The Front Bottoms are hitting the road on their first headlining tour which kicks off with 2 sold out dates at Maxwell s in Hoboken this Friday and Saturday, 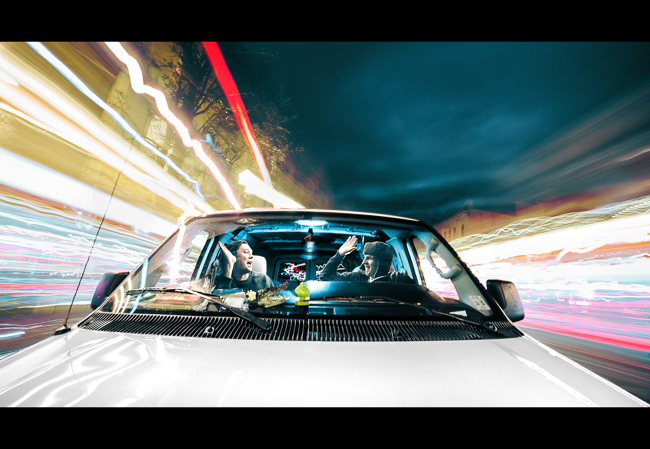