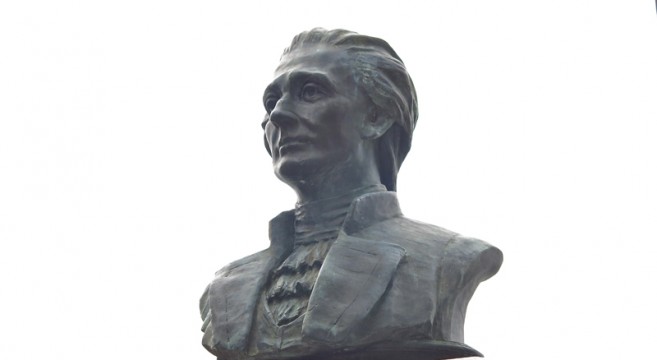 Yesterday was the 209th Anniversary of the duel between Aaron Burr and Alexander Hamilton on the bluffs of Weehawken. 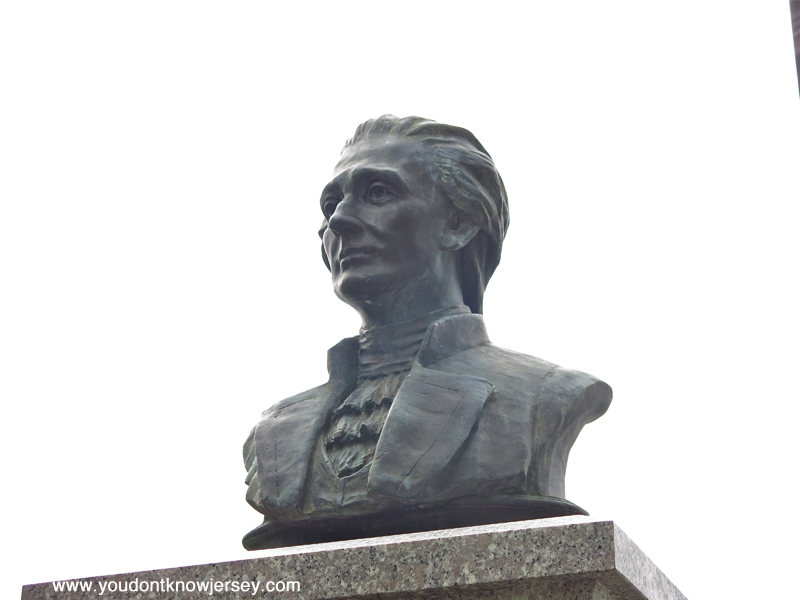 To commemorate this event and to celebrate the life of founding father Alexander Hamilton, the Alexander Appreciation Society (AHA Society) is hosting events in New York and New Jersey July 11th through the 14th. 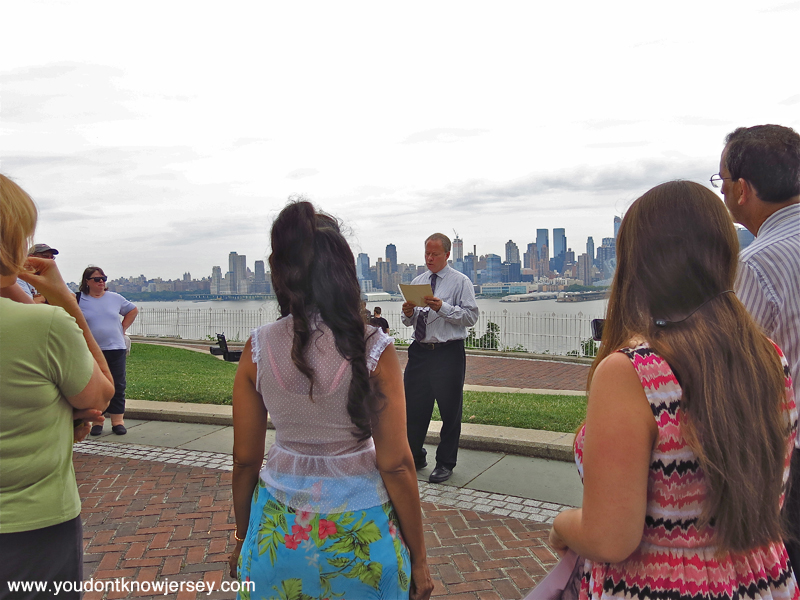 Thursday, after a fun run in NYC, Hamilton fans gathered in Weehawken’s Hamilton Park to commemorate the duel that took place between Aaron Burr and Alexander Hamilton. There were readings of eyewitness accounts and then we walked up to the Hamilton bust on Hamilton Ave. 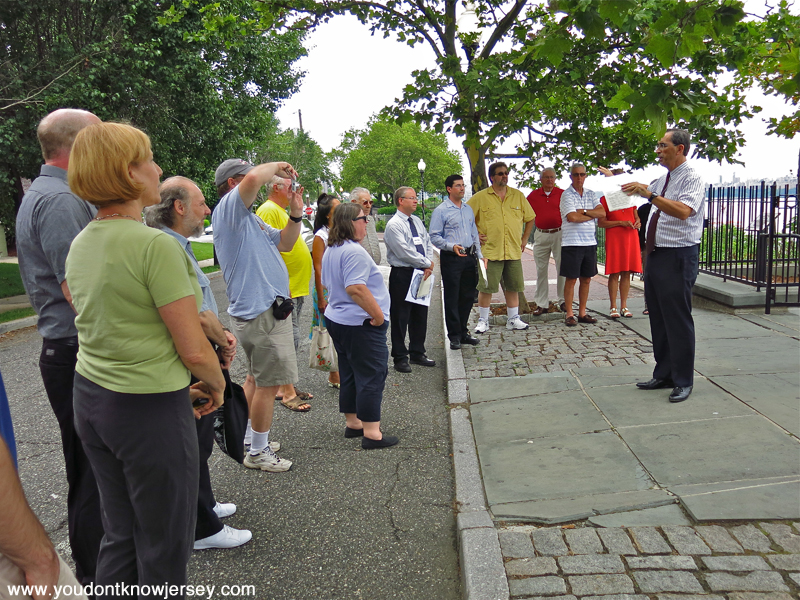 Mrs. Hamilton was even there for some photo ops! 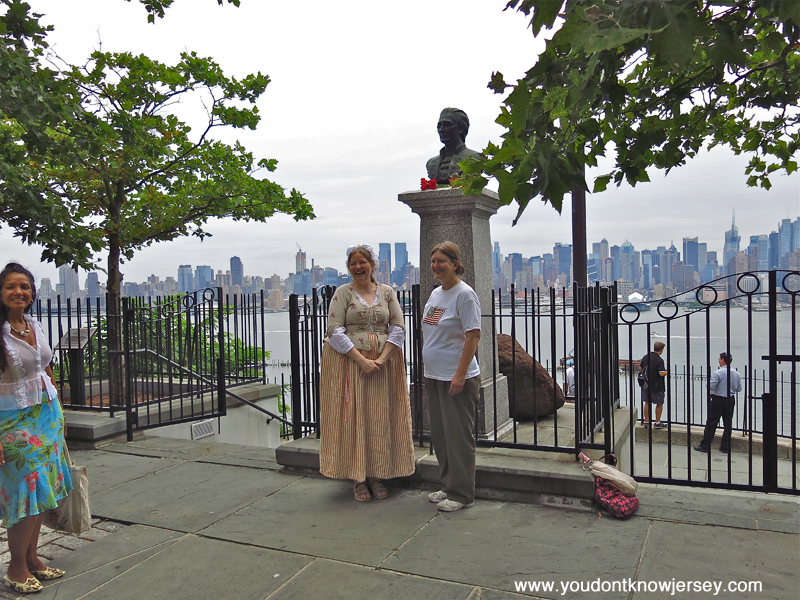 Then on Sunday, the group moves to Morristown for “Love and War in Morristown” events.

Meet at the Morristown Green at 1:00pm as the AHA Society celebrates the importance of Morristown as a winter headquarters during the Revolutionary War with a full day of activities. Join us as ‘Alexander Hamilton’ himself guides us through his old haunts in the heart of Morristown. Hamilton is portrayed by scholar/author/performer Dr. William G. Chrystal. Come for one or all of the events!