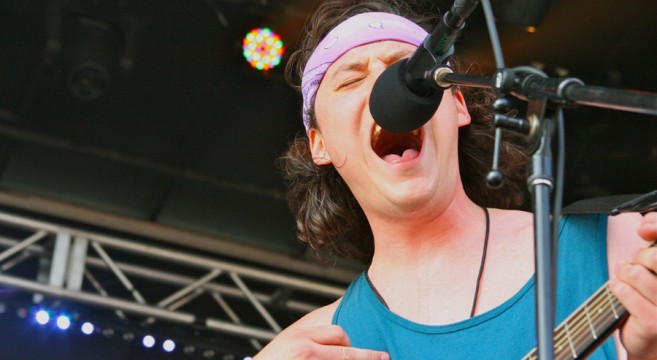 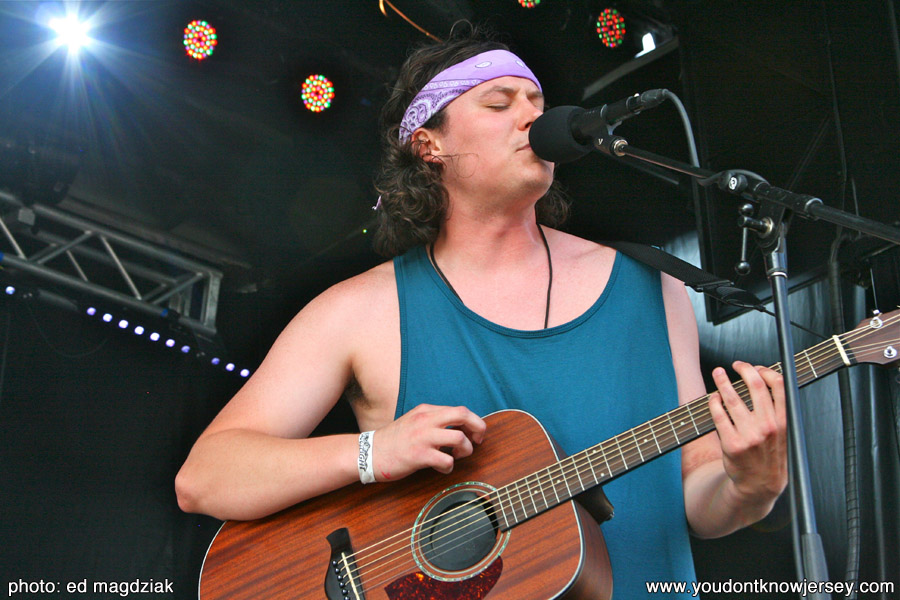 Oppressive heat, a ominous looking lightning storm and some technical issues did not stop the Front Bottoms from turning in an awesome set at the first ever Jersey Shore Music Festival in Lakewood this past Saturday. The band has been touring pretty much non-stop since their first headlining tour began back on May 31st at the soon-to-close Maxwell’s in Hoboken.

They were scheduled to hit the main Jersey Shore stage at 5:55 pm but as the time approached some wicked lightning could be seen in the distance. With each bolt the crowd actually cheered. However, they were not as happy when an emcee announced that the set would have to be delayed to make sure the storm would not roll in. Brian himself appeared from backstage to cheers to reassure the crowd that the show would soon go on. And it did. 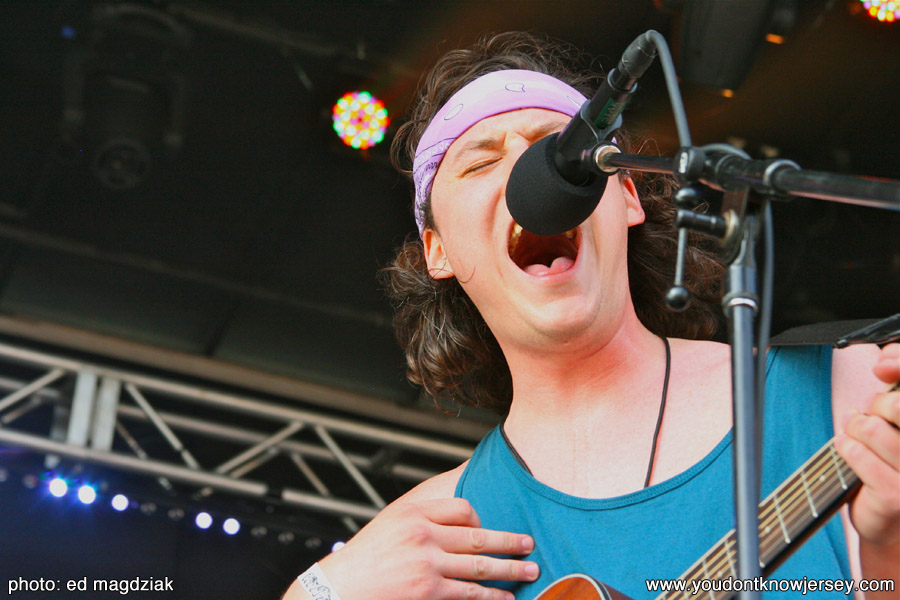 The band, as promised, played their full 45 minutes to the delight of one of the biggest crowds of the day. The fans sang along to every song as is the standard at a Front Bottoms show. They played many songs from their first and second albums but nothing from their older back catalog this time.  They usually break out a song from their early work that came out before they were signed by BarNone Records. In a shortened set like this they concentrated on the more recent tunes. 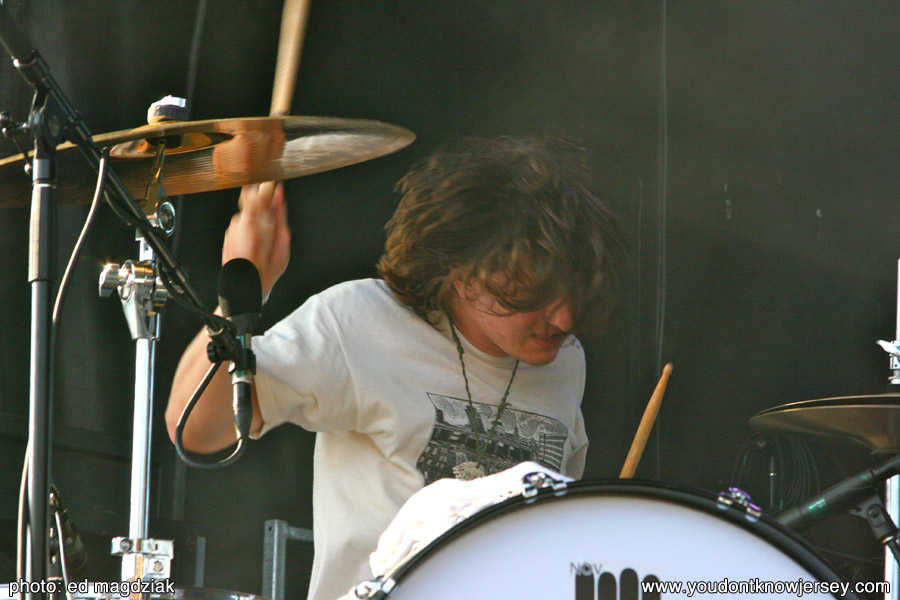 One of the things we loved about this show was that the stage was high enough up from the crowd to easily see Matt’s incredible drumming style.  It’s like a watching an old clip of a young Keith Moon on fast forward. It’s mesmerizing! 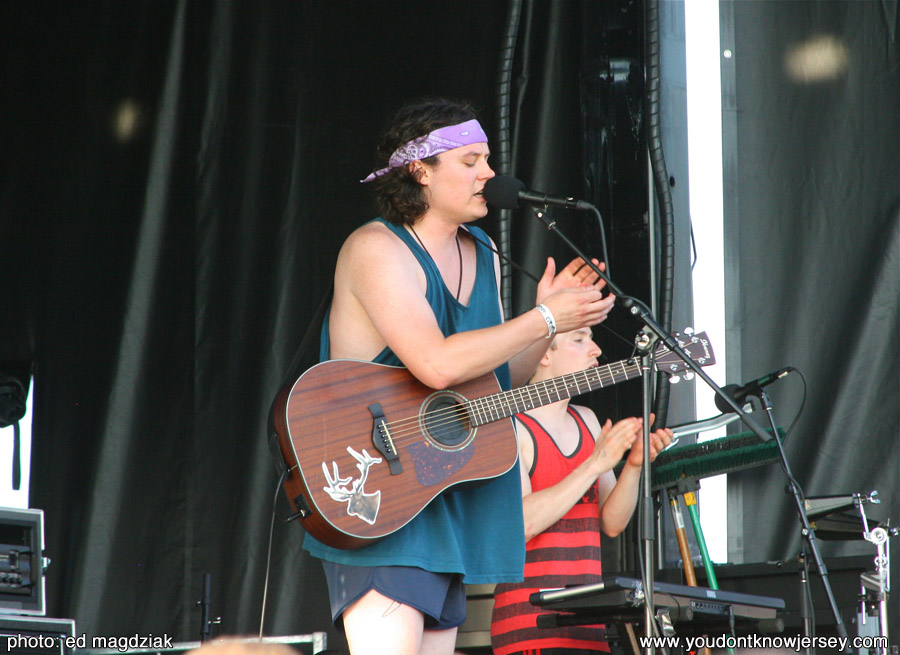 Brian and Matt sat down with us inside FirstEnergy Park for a few minutes after the set to talk about the success of the tour, the next leg in Europe and how Brian’s experiment with headwear on the current tour is going.

Here are some more photos from the Front Bottoms’ set: 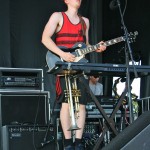 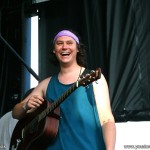 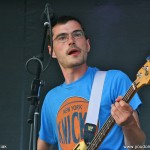 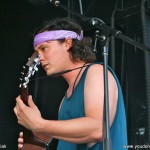 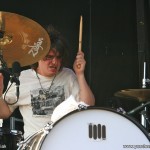 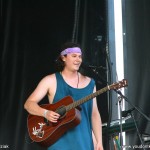 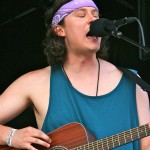 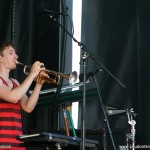 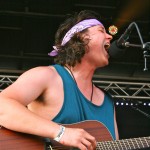 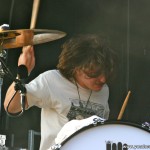 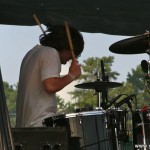 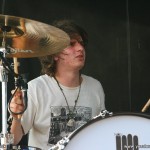 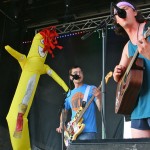 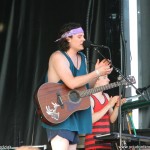 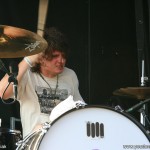 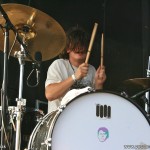 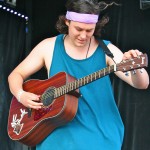 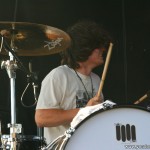 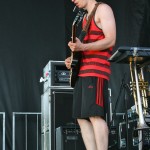 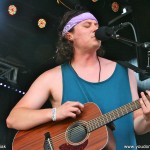 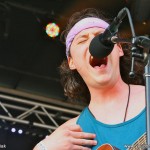 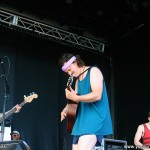 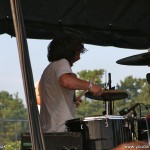 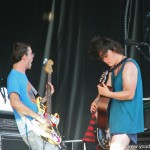 Pin It
Previous post:
Free Ticket Giveaway to THE TO DO LIST at the AMC Loews – Monmouth Mall – July 25 2013 – 7pm Next Post:
Interview with Helen Castillo – New Jersey’s Own Season 12 Project Runway Designer