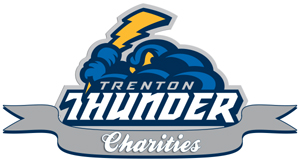 Just read through everything that they did last year to understand how committed they are.

Good Deed Day: The Thunder hosted the first ever “Good Deed Game” in August 2010 and had over 200 fans participate by making at least one donation to the four drives held outside the stadium. The annual event features a blood drive to benefit the Community Blood Council of New Jersey, a school supplies drive to support the learning center at the East Trenton Chapter of Habitat for Humanity, a non-perishable food drive to benefit the Mercer Street Friends Food Bank, a clothing drive for the Rescue Mission of Trenton and a toiletries drive to support HomeFront.

Treasure Hunt: The Trenton Thunder Charities Treasure Hunt presented by First Choice Bank sent participants on excursions throughout Mercer, Burlington and Bucks Counties for the first time in 2012. Participants spent an afternoon traveling the region hunting for items on their Treasure Lists and enjoyed a ballgame in the picnic area at Waterfront Park. In it’s first year, the event netted over $6,500 for charity.

NJM Safe At Home: Starting in 2012, the Thunder and NJM Insurance Group of West Trenton teamed up for the Safe At Home promotion at all home games. Through this promotion, NJM makes a $50 donation to the Children’s Home Society of New Jersey for every run Trenton scores at Waterfront Park. In it’s first year, a $15,100 donation was made.

Parx Casino Double Plays: Parx Casino supported Special Olympics Bucks County with the Thunder defense doing the heavy lifting. Starting in 2012, Parx made a $50 donation for every double play Trenton recorded at Waterfront Park. In it’s first year, a $3,000 donation was made.

Budweiser Walk Off: In 2012, Budweiser supplemented their Walk Off A Hero campaign with a celebration of Minor Leauge “Walk Off” victories. The Thunder had seven walk off wins in 2012 and as a result Budweiser donated $1,750 to the Wounded Warrior Foundation in Trenton’s honor.

PNC First Strikeout Program: The Thunder and PNC Bank have partnered for the last three seasons on a program that sees a $100 donation made to a local community non-profit for the first Thunder strikeout of every home game. In 2011, Every Child Valued was selected to received the donated funds.

Habitat For Humanity:The Thunder and Habitat for Humanity Trenton Chapter developed an extensive partnership in 2010. Trenton Thunder players and the front office staff each spent a day working on a home in Trenton, Habitat for Humanity participated in the Thunder’s FUNdraiser Program, Super 50/50 Raffle and the Thunder hosted a School Supplies Drive to benefit the East Trenton Learning Center as part of Good Deed Day.

Dog of the Day: The Thunder partnership with North Star Vets is aimed at raising awareness for homeless dogs through the “Dog of the Day” program. Each game, starting in the 2007 season, a different adoptable or service dog is known as the “Dog of the Day”. The dogs are taken to the field at Waterfront Park where they are shown on the video screen and introduced to the crowd along with information about the dog’s shelter.

Special Olympics Night: One night for each of the past eight seasons, Special Olympics of New Jersey has a special night at the ballpark. Special Olympics holds a special pregame ceremony on the field prior to the game, complete with a torch lighting. Boomer has also visited the games themselves to take part in the festivities. Altogether, over 2,000 New Jersey Special Olympians and their families came out to Waterfront Park for last year’s event.

Awareness Nights: Since 2005, the Thunder have often teamed up with non-profit and community organizations to help create awareness. The team has held a Deaf and Hard of Hearing Awareness Night, an Autism Awareness Day, DARE Day, Celebrate New Jersey Day and Knights of Columbus Night among many more. The team has also held recognition nights for Teachers, Student Athletes, School Musicians, First Responders and Armed Forces personnel.

The Gift Of Baseball: In its first seven years, the Thunder donated 4,972 tickets to underprivileged youth through the “Gift of Baseball” program that was unveiled in December 2005. The Thunder teamed with the Children’s Home Society of New Jersey for this program that saw one underprivileged family receive tickets to a Thunder game for each season ticket, half season ticket, Mini Ticket Package or Pic-A-Plan purchased during the holiday shopping season. Each of the families who received tickets were part of the Holiday Gift Outreach program run by Children’s Home Society.

Boomer’s Book Buddies & Boomer’s Baseball Tour: In 1994, the Trenton Thunder designed and implemented a literacy program to encourage voluntary reading for students in grades 2 through 4. In 1995, the NJEA joined hands with the Thunder to help promote widespread literacy through the state of New Jersey. During the visits, Boomer re-enacts the historical poem “Casey at the Bat” and the children are given a bookmark asking them to read five books outside of their required classroom reading. As an incentive for the children to read they receive two free tickets to a Thunder home game for completing the program. Along with the literacy program Boomer also takes part in his Geography Campaign (Boomer’s Baseball Tour). This geography lesson through baseball challenges the students to use research and writing skills by having them write to other baseball teams and ask for their current pocket schedules. Each student that takes part in the program is rewarded with two tickets to a Thunder home game.

It’s Your Turn With Chase: “It’s Your Turn with Chase” is a program offered by the Thunder and the NJEA for K-1 students that features the Thunder’s professionally trained golden retriever, Chase That Golden Thunder. During the school appearances, Chase and members of the Thunder staff visit with children and read It’s Your Turn, a children’s book about Thunder mascot Boomer.

FUNdraising Program: The Thunder FUNdraising program helped non-profit groups in the Trenton area raise over $1,246,824 in the last ten years. The Thunder sell tickets to community organizations at a special rate and the group then sells the tickets at face value. The Thunder then donate one dollar per ticket sold to the largest FUNdraising group of the day (over 250 tickets).

Match Maker: The Trenton Thunder Match Maker program is a way underprivileged children are able to see a game at Mercer County Waterfront Park. Season ticket holders can turn in tickets that they are not using to be donated to the Boys & Girls Club of Trenton and the Big Brothers & Big Sisters of Trenton.

Blood Drives: Recognizing the blood supply shortage during the summer months, the Thunder have teamed with local blood collection agencies to hold blood drives prior to Thunder games. The events have been an overwhelming success as Thunder staff and fans continue to meet and surpass the collection goals set forth by the drive organizers.

So, even if you didn’t know Chase, the Bat Dog, please consider donating to the Trenton Thunder Charities for all the good they do in the Trenton area. Send a check to:

Trenton Thunder Charities
Chase That Golden Thunder
One Thunder Road
Trenton, NJ 08611
Or, call 609-394-3300 to see how you can make a donation.

Pin It
Previous post:
This Week in Veggies – What’s Fresh at Your Local Farmers Market Next Post:
Things to do in Jersey – August 2 3 4 2013