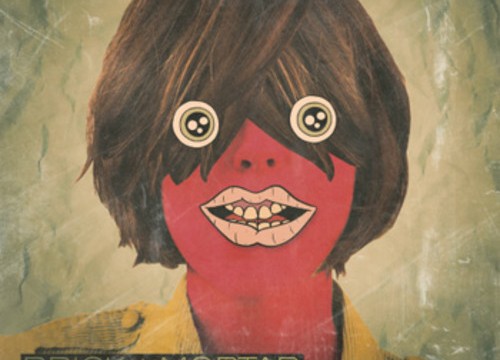 In a few months you will be inundated with end-of-year lists. You won’t be able to open a magazine or go online without seeing them. Best TV show, top ten movies, best books. No escaping them. Which brings us to Bangs, Brick + Mortar’s recently released EP. There is still almost a full 4 months left in the year, but no matter. Those starting to put together their “Top Ten EPs of 2013” lists might as well pencil this record by the Asbury Park duo in at number one. There won’t be a better EP released this year. They may want to leave a spot in top ten overall records as well. Bangs is that good.

Brick + Mortar are Brandon Asraf (bass, vocals, samples) and John Tacon (drums, samples, vocals). They have been making music together since they met in middle school and that has contributed to their obvious chemistry. They forgo guitar for electronic samples over their downright sinister rhythm section. This makes for an interesting, gritty and wonderful mixture of rock, pop, indie, and electro. Mix all these genres in a blender and add a touch of anger and a splash of danger. That is how I would describe Brick + Mortar. 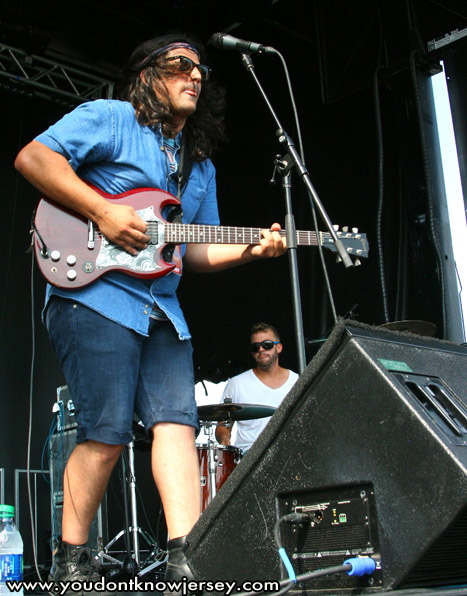 Bangs is incredibly addictive. It grabs you by the throat and does not let go for its entire seven song run. Catchy hooks, singable choruses, energy oozing from each track. A mixture of older songs and new tunes, the record still comes across as cohesive and each song stands on its own. Listening to this album almost constantly since its release July 30th, every song took turns being a favorite.

“Bangs” opens the album with a ferocious fuzzy bass and drum intro before the song takes off with Brandon’s intriguing vocal delivery. The song sets the tone for the rest of the album. Big bass and drums, interesting use of samples, sing along lyrics. “Old Boy” starts with John’s pounding drums and continues at breakneck speed right to the finish. The song feels like the equivalent of being on a roller coaster that might be going a bit too fast and could fly off the track at any moment but is a thrilling ride nonetheless. “Keep This Place Beautiful” is a slightly more melodic and shows another range for the band. The album finishes strong with “Terrible Things” where one can imagine seeing every fan screaming along with in concert as the chorus practically begs for. The anger is palpable.

The standout track is “Heatstroke”. Brandon has said that all songs he writes are personal and on this track it is unmistakable. The lyrics are brutally honest from the start as the song opens with “My father was a story, my mother was afraid. They didn’t mean to make me, but I got made anyway.” Brandon later sings “You ask me are you happy, said no but I am real”. Very real in fact. That these heavy lyrics are juxtaposed over one of the more poppier melodies adds depth to an already brilliant track.

Brick + Mortar are starting to get noticed on the national scene, even garnering a spot at this year’s Lollapalooza festival. The band deserves to be heard on a bigger level. Do yourself a favor and pick up this EP now if you haven’t already. You’ll thank me.

Pin It
Previous post:
Things to do in Jersey – September 13 14 15 2013 Next Post:
The World Trade Center Remembered Through Pictures