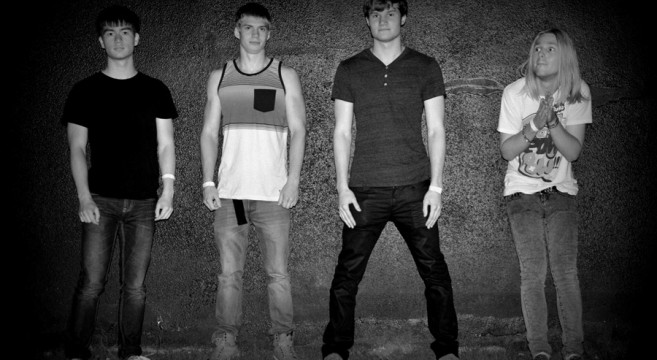 The Antics Are A Band – New Jersey Modern Post-Punk Rock

The Antics are a post-punk, garage indie band out of Skillman NJ who blend a number of influences to make their own compelling sound. However, that doesn’t really describe the music or do them justice. You can use these terms to describe any number of bands. The Antics infuse this sound with a healthy dose of alternative 70s and 80s. They also use elements of late 60s rock and surf music. These guys know their musical roots and use them in a way that sounds fresh and exciting.

The band started in 2009 as Swimming With Piranhas when Luke Meisenbacher (vocals/guitar) and Josh Reitan (drums) first started playing music together. After the original lead guitarist and bassist left the spots were filled by Derek Rosengarth (guitar) and Kyle Hammerschmidt (bass). In 2011 they changed the band name and The Antics were born.

Their strong debut album Running Faster, was released last November and is an intriguing listen. A raw, minimalist sound with slashing guitars and streamlined bass is what stand out. The influences are immediate. Joy Division and Echo & The Bunnymen come to mind. Luke’s voice is confident and works well with the music. From the strong opener “Touch the Sky” with straight ahead rock and roll to the closer “Take Your Passport (Let’s Get it On)” with great guitars and slinky bass line there is really not a weak track on the album. “Payday” is a standout track with guitar that sounds like early Clash. 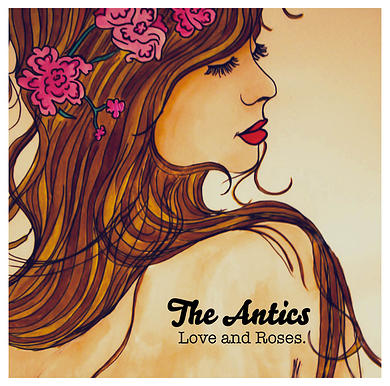 Their new single “Love and Roses” is a step forward musically for the band. It is a Strokes like tune that is a bit smoother than the songs on Running Faster. If this is any indication the new material to follow the next album is going to be awesome.

The Antics will be an interesting band to follow and we are excited for their future.

Luke took some time to answer a few questions for us;

How did you guys get together? How did the name come about?

Josh and I were actually in the same physics class our freshman year in high school. We were good friends and since he was a drummer and I needed one we started jamming. We eventually filled in lead guitar and bass, but those original members left and that’s where my cousin Derek and his stepbrother Kyle joined. The name “The Antics” comes from when we would make short films of ourselves during band practice when we first started.

Your debut album Running Faster came out late last year. How has the feedback been?

The feedback was sort of slow at first but it’s been ramping up more and more. We love hearing what people think of our music, so the increase in feedback has definitely been welcome. Running Faster was very DIY in terms of recording and marketing and we were afraid that it would be overlooked, but that’s not really much of a problem anymore.

You are set to release the awesome new song Love and Roses on September 2nd. The sound seems like a step forward musically for the band. Would you say your sound is always evolving?

Yes of course because it’s easy to get bored of things. We’re always adding and tweaking little things like tone, playing styles, and effects. There’s never really a shortage of ideas because there’s just so much stuff to mess around with.

We have a bunch of almost finished songs but haven’t started to record them yet, not counting the demos that I made when I wrote them. I’m hoping it will run smoothly when we do start recording because sometimes it can be a bit stressful, especially when you’ve painted a very vivid picture in your head and you have to communicate that to others. It isn’t easy to describe color through words just as it isn’t easy to describe sound that way.

Do you like living in New Jersey? What do you think of the Jersey music scene these days?

It’s easy to complain about New Jersey for a lot of things but it can be very exciting. There are a lot of cool places to play and I think the scene is evolving. There are more bands trying to do their own thing nowadays, which is very important in keeping things fresh.

Five words to describe The Antics?

The Antics are a band.

Running Faster and the new single “Love and Roses” are both available on iTunes.