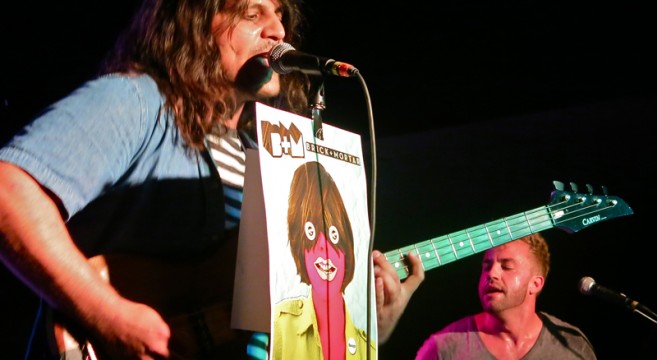 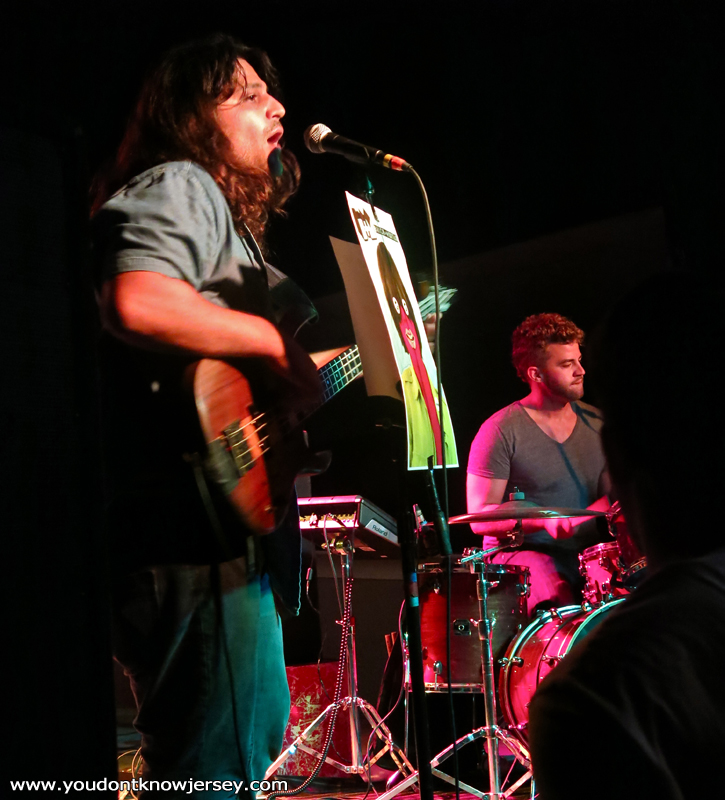 A while back we told you how awesome Brick + Mortar’s latest EP Bangs is. Easily the best EP we’ve heard this year. Fans were fortunate to have the band play two local shows recently that showcased the record in all its glory.

First, Brick + Mortar played the landmark Asbury Lanes in Asbury Park on October 4th. This was an incredible show that included moshing, beer flinging, a dancing alien and singer/bassist Brandon Asraf’s younger brother bodysurfing through the ecstatic crowd. The hometown crowd were in high spirits and the band took that energy and gave it right back. The crowd sang along with every song. John Tacon plays his drums in a fierce style and frequently came from behind his kit to engage with the audience. By the time it was over we were sweaty and our voices were quite raspy. A brilliant show.

On October 17th the band crossed the Hudson for a show at the Studio at Webster Hall. The concert was part of the CMJ Music Showcase that took place all that week in New York City. They shared the bill with Misterwives and Clinton Sparks. The crowd was, of course, a bit different than at the Lanes. No matter. Brick + Mortar know how to win a crowd over. Brandon urged the crowd forward and they listened. Whether it was Brandon using a cardboard sign to lead the crowd in chants of “HEY” during “Move to the Ocean” or John getting the crowd to clap and sing along, the people responded. I looked back in the crowd a few times and everyone was smiling. They gained a few new fans this night.

Brandon answered a few questions for us:

What is the significance of the name Brick + Mortar?

In the beginning, it was chosen because we needed to call ourselves something. Ironically, it fits our mantra of building our music from the ground up.

You recently released your EP “Bangs,” a mix of some older songs and more recent material. How has the reaction been?

Amazing. For the first time doors are being opened and opportunities are finally coming our way!

Can you tell us a little about your recording process? Do you come up with the bass and drums first then work on the samples?

It’s different every time. Some songs start with some words and a drumbeat, others come from a progression with no words at all. Most of the time, parts we use as vocal melodies that get cut from other songs find their way into our new tracks in different shapes or forms.

Do you like living in New Jersey? Asbury Park in particular?

I love living in Asbury Park. It’s a very pressure free place to live and all the locals are supportive of you, although I rarely leave my house, haha.

You played Lollapalooza in August. What was that experience like?

That was our first real festival and it honestly blew me away. I looked up and saw my first sea of people! Hopefully we gained some new fans.

You played an amazing set at Asbury Lanes earlier this month. How fun is it playing in front of your local fan base?

Playing a local show is like coming home to all your friends and family after months of doing battle. It’s really overwhelming to feel that kind of support.

You’re soon heading out on tour with Anthony Green with dates stretching all the way to California. How do you keep your spirits up on the long drives while touring? How do you and John keep from turning on each other spending hours in the van?

Our tour manager helps us from killing each other! Also, John and I have been friends since we were 14, so we are beyond tight. I would literally take a bullet for him. We listen to a lot of music, but when we get truly bored, we switch over to classical. Oh, and we watch movies from time to time… I am going to bring some books this tour, unless I forget again!

We read you guys are working on new material for your first full length album. How is that coming along? Exciting about what you’re coming up with?

I am beyond excited to release this new material. I feel like we are growing as songwriters and as a band in general.

We write songs for you.

The band are currently on tour with Anthony Green. Check them out if you can.

Here are some photos from their two recent shows. 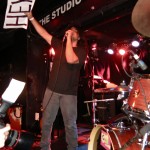 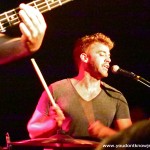 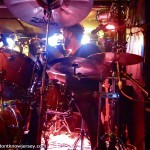 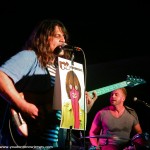 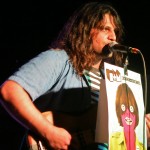 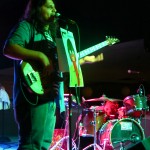 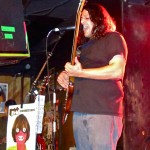 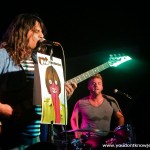 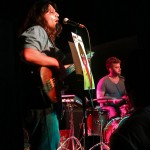 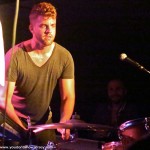 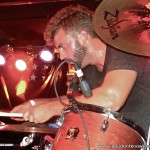 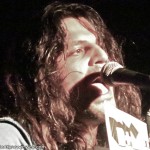