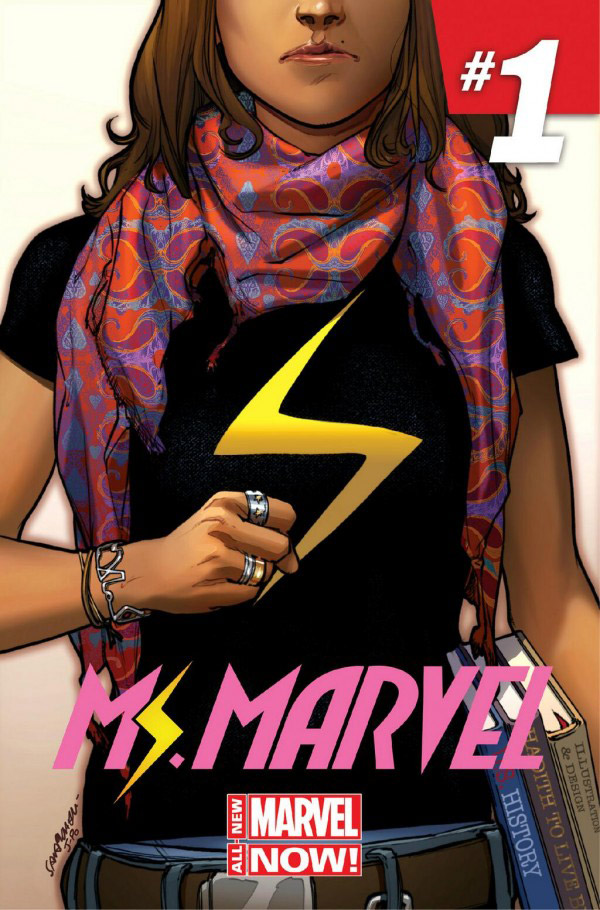 Most Marvel Comics characters live and work in New York City. When Marvel introduces their new version of Ms. Marvel, she will be a 16 year old daughter of Pakistani immigrants living in Jersey City, New Jersey. It’s great to see a comic set in New Jersey but it remains to be seen it will be in any way relevant to the story. There have only been rare occurrences in the past where a major comic character had New Jersey such as the Punisher having a warehouse and adventures there. The new Ms. Marvel will be a shape shifter which is strange because the previous incarnations haven’t seen her with those kinds of powers. This begs the question : Why even call her Ms. Marvel? Why not just introduce a brand new Superhero? Even stranger, why would you use Ms., a term created for the purpose of describing a woman regardless of marital status or of unknown marital status to describe a teenage Superhero? That would be like Peter Parker calling himself Mr. Spider instead of Spider-Man. I guess they want to capitalize on name recognition. Maybe they will have some kind of contrived story to try to connect the characters, maybe they won’t and it will just be a brand new story. 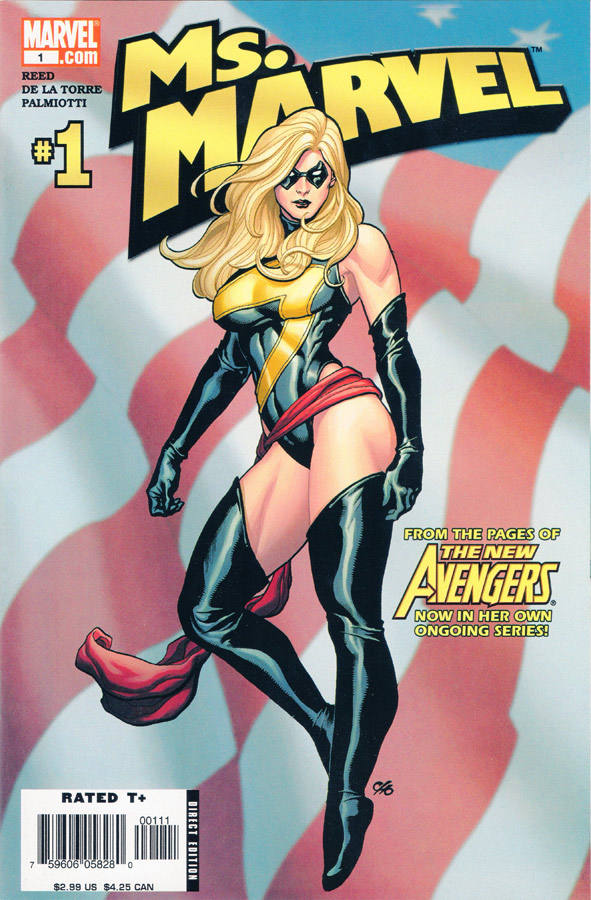 This new Ms. Marvel comic will involve 2 hooks to get attention and attract readers. The first is changing the nationality of the character to muslim to attract media attention and muslim readers. This was first done with Giant-Size X-men #1 when they replaced almost the entire team in one fell swoop with characters from Germany, Canada, Russia, Africa, Japan, Ireland and an American Indian. This was done to increase readership in foreign countries as well as immigrants in the U.S and X-men went from being a mediocre title that had been cancelled to one of the most successful family of comics in history . Recently, Spider-Man in the Ultimate Universe saw a Caucasian replaced with a half African, half Latino character. 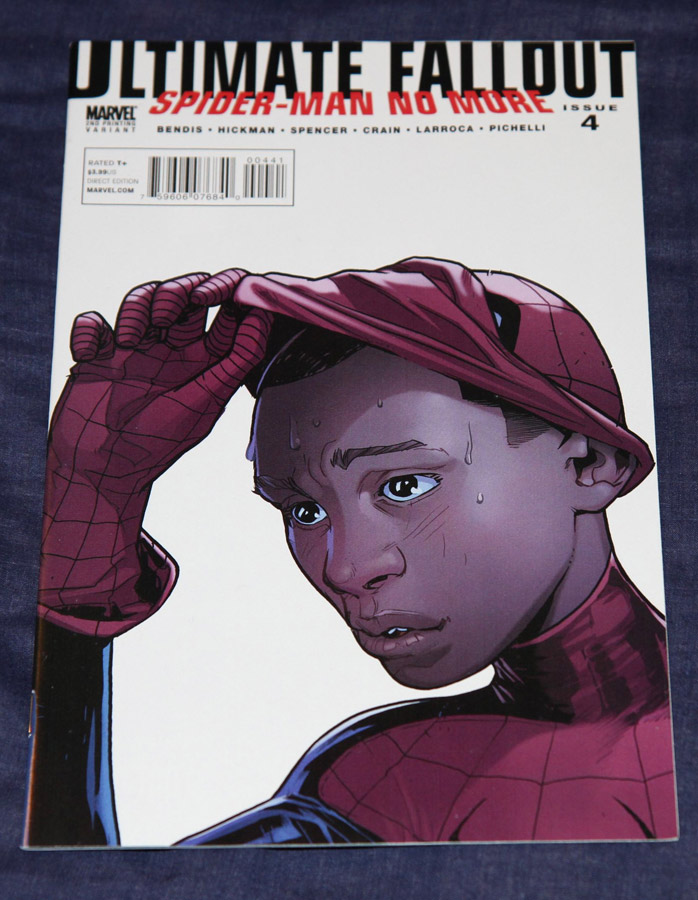 Above : An alternate universe Spider-Man

The second hook is making her a 16 year old teenager. The comic wants to seem modern and appeal to teenagers. While this was done very well with Spider-Man when his comic first started, it has been done very poorly in recent years. Spider-Man was done in a very broad sense and you could pretty much read it today, 50 years later and not find many distracting things. These days, writers tend to make a lot of dated references and go out of their way to demonstrate that they know what teenagers are into and that becomes extremely blatant and annoying. One of the biggest problem is that everyone isn’t into the same thing so you automatically alienate anyone who doesn’t like the unneccessary details that have been thrown in.

Both of these aspects can work fine if the comic is well written and knows that characters and story are the most important thing while nationality, age and other details are secondary factors. If the gimmicks overshadow the story, everything falls apart.

Hopefully the Jersey City angle will be put to good use. The New York City skyline and landmarks have always been a part of the atmosphere and tone of comics like Spider-Man and the Fantastic Four. Jersey City is an old city with a lot of history and unique places that would make great backdrops for any story. John F. Kennedy Boulevard, Liberty State Park and the Liberty Science Center have plenty of interesting locales just to name a few. We will be looking forward to the comic and seeing if it has a ‘Jersey’ feel or not. 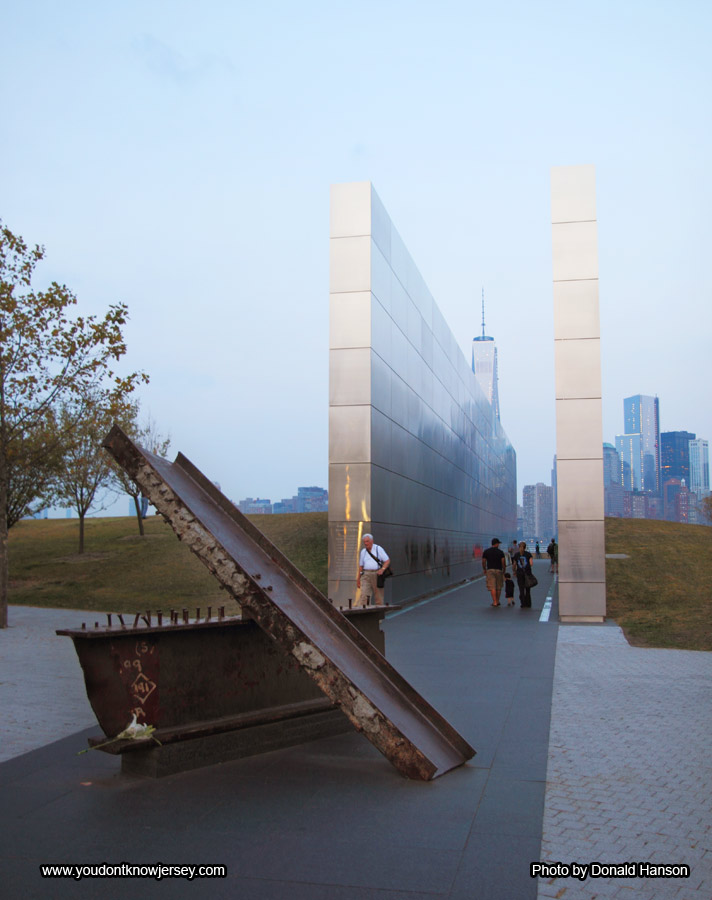 Above : The Empty Sky 9/11 Memorial at Liberty State Park in Jersey City