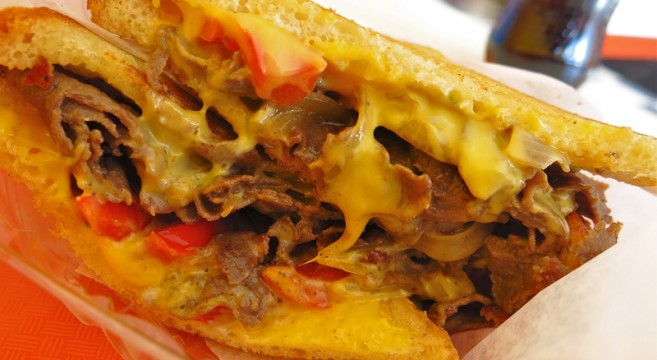 The minute I saw the words Gourmet Cheesery, I hit the brakes.  Where did this come from?  Mac Attack Gourmet Cheesery appeared like a delicious ghost and I was ready to indulge!

We’re down Walnut Street in Montclair quite a bit seeking out Red Eye Cafe’s coffee and sour cream walnut coffee cake so maybe I was blinded by the need for coffee but I totally missed this restaurant getting ready to open.  Turns out, we drove by on only their second day open.  Don and I visited for lunch today because my usual review buddy, Ed, is crazy and doesn’t like cheese.

The menu has several categories: grilled cheese sandwiches, macaroni and cheeses, cheese-y appetizers, soups, salads, fries, desserts and breakfast items.  Naturally, I would like to try nearly everything on the menu but we were able to get four things that was still a pretty big meal for lunchtime.

The gorgeous sandwich above is the Grilled Cheese Steak.  Peppered steak slices, grilled Vidalia onions and bell peppers and American cheese on white bread.  I probably should have gotten a little hardier bread because the amount of filling in this sandwich made it hard for the white bread slices to maintain a sandwich shape. It wasn’t a huge problem since it was so good that I really wolfed it down anyway.  I think I liked this version of a cheese steak better than a more traditional one because it wasn’t just a ton of meat stuffed into a bun.  The steak, veggies and cheese were all combined in a ratio that allowed everything to be tasted equally.  I’ll definitely be ordering this one again. 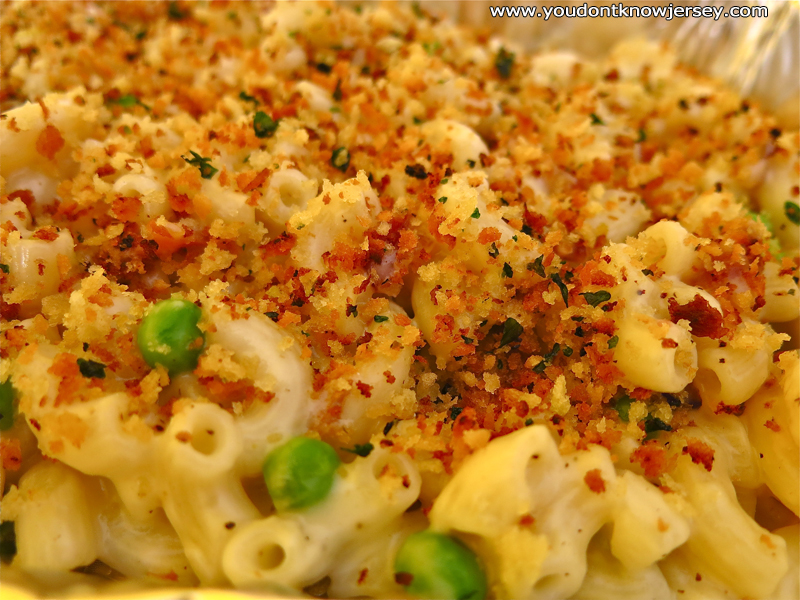 I also tried the Carbonara Mac which is macaroni and cheese with bacon, peas and Parmesan added. There were a lot of bread crumbs on top which were very toasty and seasoned. The macaroni itself wasn’t very creamy but the combination of bacon flavor and crunchy topping was still very satisfying.  Maybe I should have tried the Traditional Mac first so I knew what the original tasted like. I was too full to finish it so it came home with me. 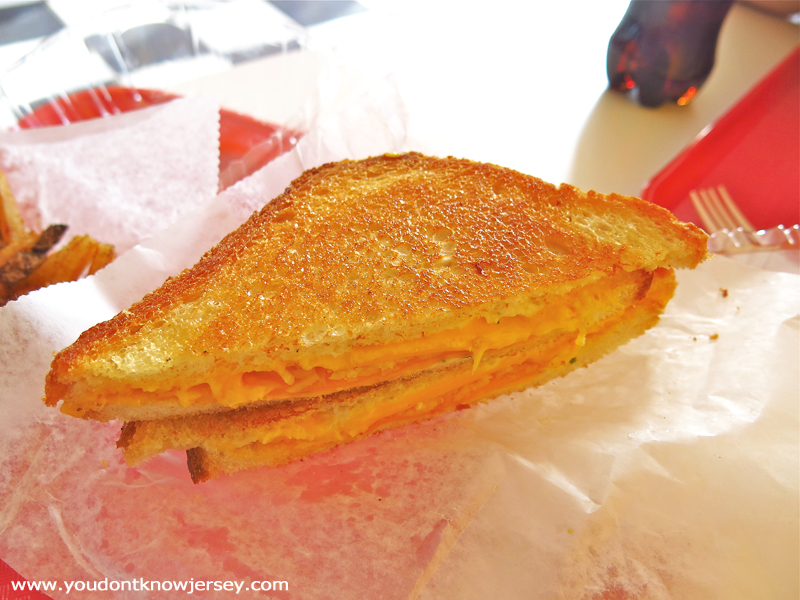 Next up was the Traditional 3-Cheese grilled cheese.  It looked fantastic and the American cheese melted down into almost a sauce which added a nice creamy texture to the sandwich.  The sandwich also had Cheddar and the addition of Parmesan which is a new one to me and was very good! 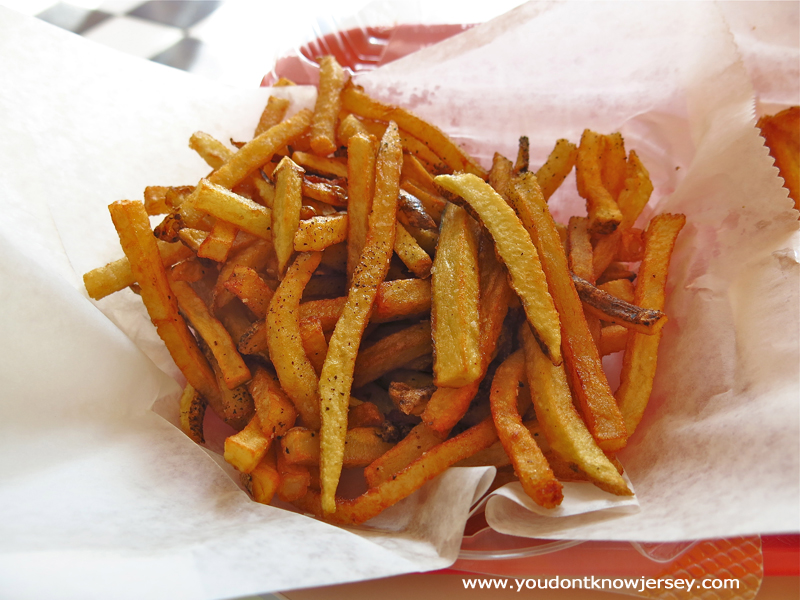 We also tried the Regular Fries.  They were crispy and well-salted.  They’ll provide a great base for any of the toppings. You can get for either regular fries, sweet potato fries or tater tots and top them with Cheddar, Pepper Jack, Cajun, Chili, BBQ Chicken and Southwest toppings.  Yes, I definitely need to try some of those, too! 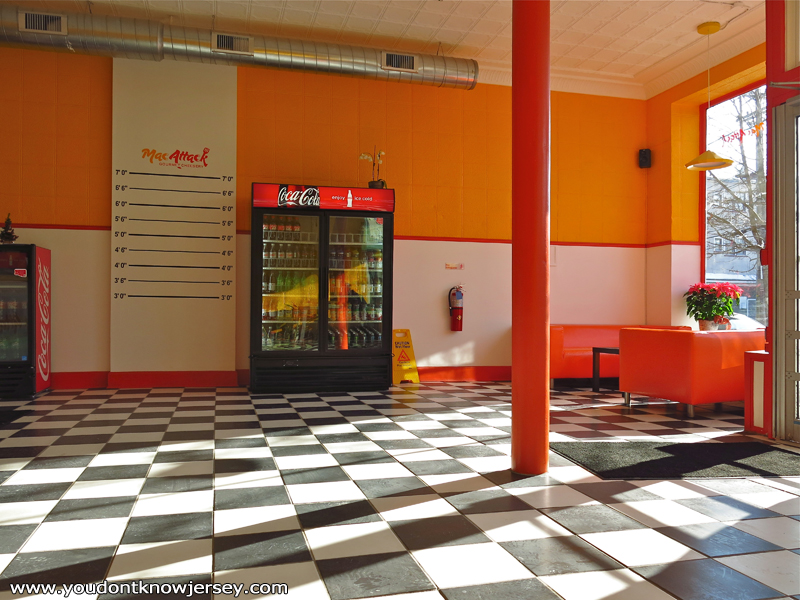 The dining room is sparse and modern with a few couch seating areas, two tables and a stand-up counter. 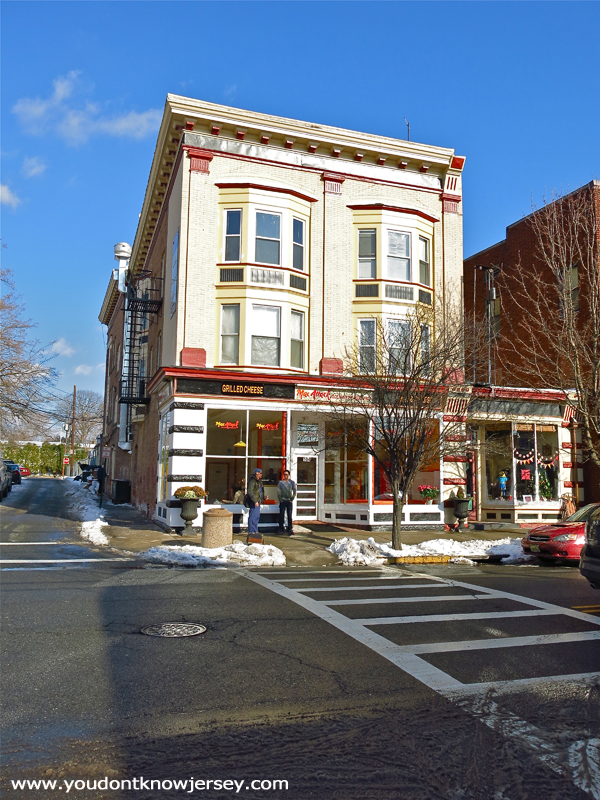 In the daytime, the building has a nice modern look too.  I might have to come back at night and get an evening shot of the outside of the restaurant because it’s very striking and will be hard to miss once the sun sets. That’s how we were able to spot it, anyway.

You should go spot it, too, if you’re a fan of cheese.  Their hours are incredibly generous and you can get small bites as well as hearty meals.  Cheese, please!