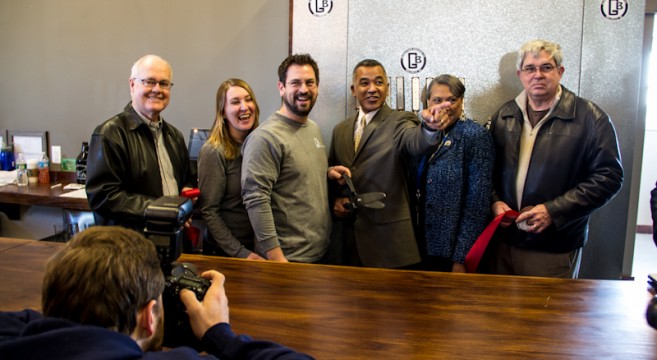 When we heard a new brewery was opening in Millville we were excited. After we met Paul Simmons and his wife Jennifer we began rooting for them even more. Glasstown Brewing Company held their Grand Opening on Saturday and it could only be called a tremendous success. Located in an old airport building at the Millville Municipal Airport, the brewery went through every single one of their stockpiled kegs of beer by the time the day ended. 32 kegs, in all, were tapped and promptly kicked.

Press, beer aficionados, town residents, council members and mayor Michael Santiago were on hand for the event. We were there pretty much from opening until evening and the place was crowded the whole time. At points, people were standing shoulder to shoulder. There were brewery tours every 20 minutes and a free raffle every half hour. Everyone was enjoying the beer and having a great time. 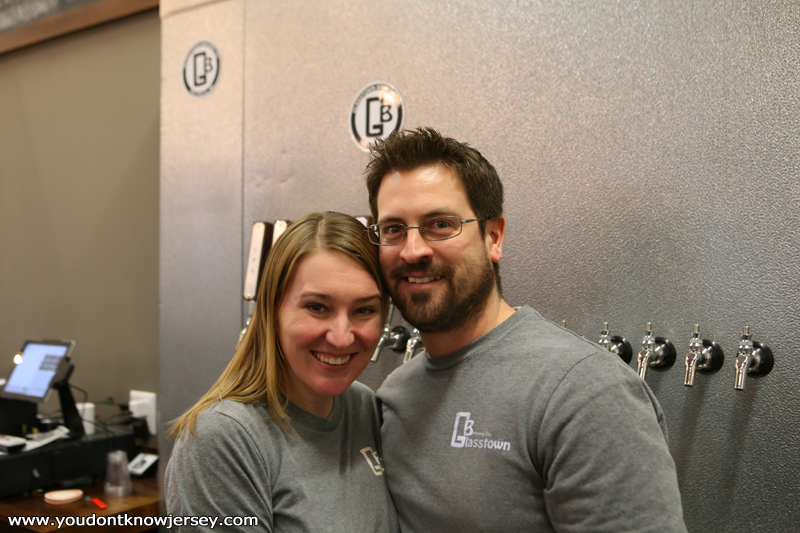 Paul (pictured with wife Jennifer above) gave up a career as an environmental consultant to follow his dream. He started brewing back in college and realized he was really good at it. People loved his beer. He spent a few years as a bartender and bar manager at the Jersey shore but really wanted to do something special by doing work he loved.

The beers are manufactured right on the premises. All his glassware comes from the Millville area—another way of recognizing Millville’s tremendous glass industrial history.  He’s planning on stocking local bars and venues with his beers so that he can get to know all the vendors and keep an open dialogue with them.  He’s really trying to do local business right! 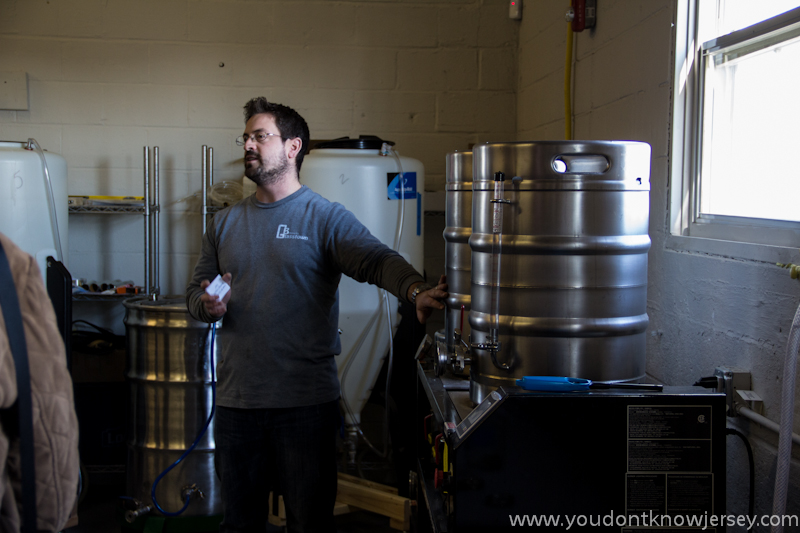 Glasstown intends on having between four and six beers on tap at all times with a few standard brews and some seasonal ones rounding out each weekend.  Standards include Glasstown Amber which is their take on a classic Brown Ale with a lighter body and color to enhance the drinkability, Glasstown Ale which is their signature ale and is a take on a West Coast Red brewed with English Malt for a distinct finish and Holly Hops IPA which is fermented at a specific temperature to bring out the citrus notes of the hop flavors and uses a blend of Amarillo, Simco, Centennial and Cascade hop infusions.

Old 47 El Dorado Pale Ale is a delicious lighter summer Pale Ale specifically designed for its light fruity flavor. This Pale Ale is named after the Old Motel on Route 47. The terrific Ale was designed using the El Dorado hop variety specifically for its fruitier notes. It was on tap for the Grand Opening but will generally be available only in the summer.

Maurice River Bourbon Brown is a blend of an English and American brown Ale styles with a bourbon twist. This brown ale is designed to have a hint of bourbon flavor. It’s not barrel aged but there are still hints of charred and toasted oak in the background. This offering will be limited to winter months.

Pumpkin Ale was also available but not for too much longer.  Sweet and earthy, this was a great version of the ubiquitous fall brew. 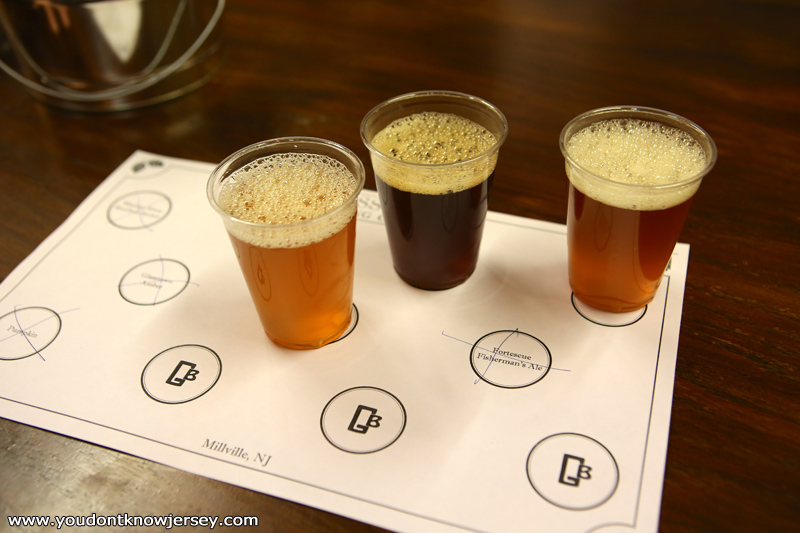 We are really thrilled by Paul’s commitment to keeping Glasstown as local as possible. The name reflects the history of glass manufacturing in Millville. There are pictures on the wall of Millville in the past and Paul is looking to feature more. He explained his face-to-face philosophy and how important it is to actually meet with his suppliers, business partners, bars, and of course, his customers.

The tasting room will be open and running tours every Friday and Saturday from 12:00pm to 8:00 pm and Sundays from 12:00pm to 5:00pm. You can buy sample size cups and pints of beer or get two sizes of growlers to go. Check their Facebook page for updates on what beers are on tap before you head over.

Check out all our pictures from the grand opening and see a video of the ribbon-cutting at the end. 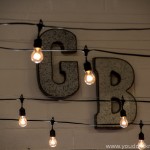 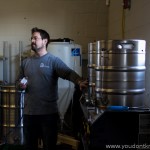 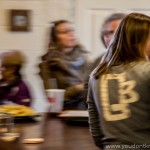 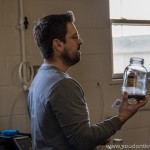 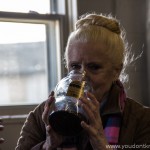 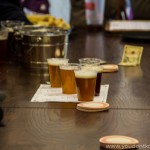 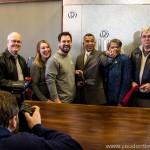 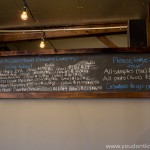 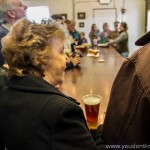 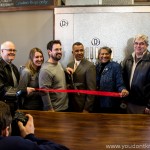 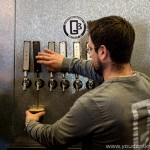 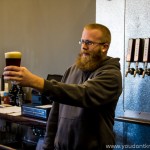 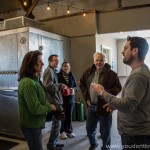 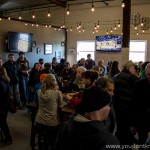 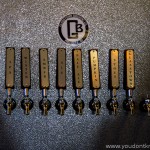 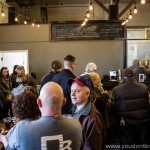 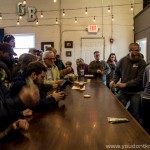 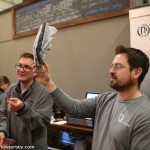 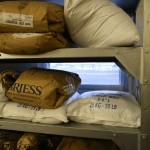 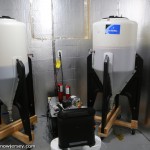 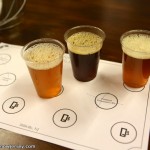 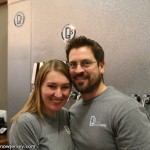 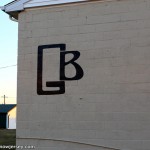