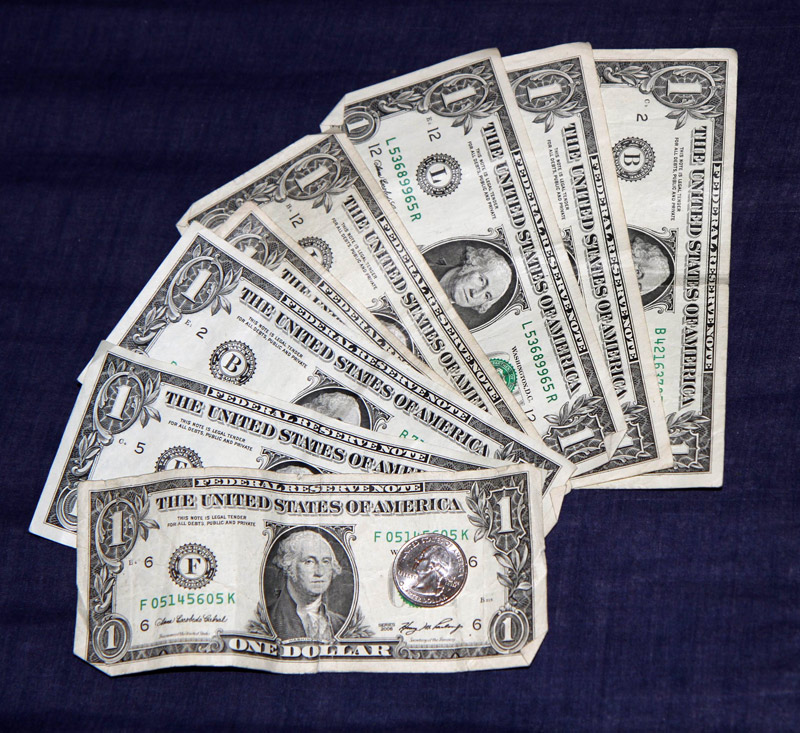 As of January 1st, 2014 the Minimum Wage in the state of New Jersey is now $8.25/hour up from $7.25/hour. This means that anyone making minimum wage will get a 13.7% increase in pay. While that may be helpful, the deeply flawed way that minimum wage is determined combined with corporate welfare has only served to keep salaries lower, not higher than they should be. Since the minimum wage is set by the Government, it doesn’t keep up with inflation and the real value of the salary has decreased over time.

If there was no minimum wage at all then it would be set by whatever the minimum amount of money is that people are willing to work for. For example, lets say that you make somewhere in the range of $500-$1000 a week. What if your boss told you that as of next week your new salary will be $50 a week. Would you continue to work there full time 40 hours a week? Considering that the $50/week probably wouldn’t even come close to paying  your rent, much less food, clothes, gas, insurance and other expenses it wouldn’t make any sense for you to stay and waste that much of your time doing something that would only pay you a fraction of what you need to survive. You would most likely find another job or do something to make money on your own.

$8.25/hour is a little over $1100/month after taxes, barely enough for basic expenses and not enough for anything recreational at all. You would be working basically to just eat and sleep and pretty much nothing else. Minimum wage used to be a reasonable amount of money that you could actually survive on in a frugal manner. The reason why it has become a joke is the nature why inflation occurs. First of all, the natural way of things is deflation with prices going down. The only way to make them go up is to increase the money supply. When the new money is put into the system in a manner that is not fair and balanced the people who get it first reap the benefits and everyone else suffers the consequences of higher prices through inflation.

When the concept of minimum wage was first developed, the only design that would have actually protected and helped workers would have been to make the minimum wage a ratio of what the owners, executives or CEO made. If it had been established in the 1960s or 1970s it would have been about 10 or 20 to 1 at large corporations meaning that you would divide the CEO’s salary by 10 or 20 and that is what the lowest paid workers would get. The ratio was like that for long periods of time and nobody thought it was unfair. If we had even a 20:1 ratio today, the lowest paid workers would be making hundreds of thousands of dollars a year! Of course that’s probably not what would have happened. Most likely the salaries of the CEOs and executives would have risen a lot less and the workers salaries would be a lot higher than they are now. This type of design wouldn’t really work out that well for employees at small businesses as the owners don’t make nearly as much so the minimum pay would be a lot lower for those jobs. Still, this method would see employees working at more successful companies making more money.

The problem is that any kind of control in a free business and job market distorts the negotiation process in favor of one side or the other. If there were no minimum wage and no tax breaks, special treatment and loopholes for the corporations and rich then who knows where we would be today. It’s completely possible that workers could be making as much or more than the executives and owners. The fact of the matter is that the owners need workers to make their businesses run but workers don’t need the owners. There are plenty of worker owned businesses which makes sense since they have the real skills and are doing the work that makes the company tick. Executives are, for the most part, generic.

The bottom line about minimum wage is that it exists as an excuse that companies use to low ball employees that they can’t argue with. If you apply for a job and they tell you that it will pay minimum wage, there is really not much you can say except that you aren’t interested and you will go work for someone else that is willing to pay you more money. Most people however have been lulled into the idea that you have to simply accept it. They have forgotten that salary is supposed to be a negotiation between the employer and the employee. And a big reason why is the government setting an exact minimum wage.