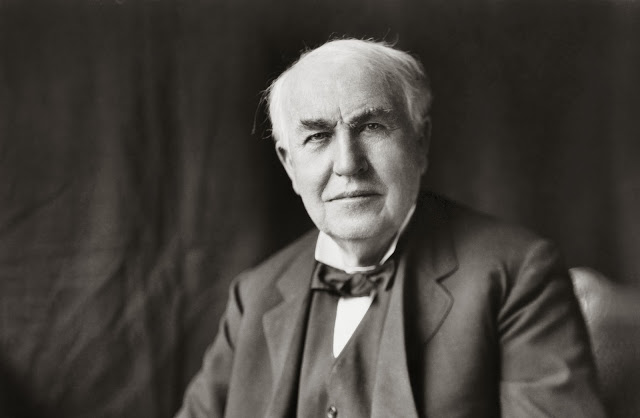 The first incandescent lamp (now known as the light bulb) was made by Thomas A. Edison in Menlo Park in 1879. Others had come before him making lamps that didn’t last long or were prohibitively expensive.  Edison worked on a practical light bulb and finally hit the right mark in 1879.

He invented a carbon filament that burned for forty hours and placed his filament in an oxygenless bulb. Edison evolved his designs for the light bulb based on the 1875 patent he purchased from inventors, Henry Woodward and Matthew Evans.