The first submarine was built in 1878 by John Holland who was, at the time, a lay teacher at St. John’s Parochial School in Paterson. The submarine is now on display at the Paterson Museum. 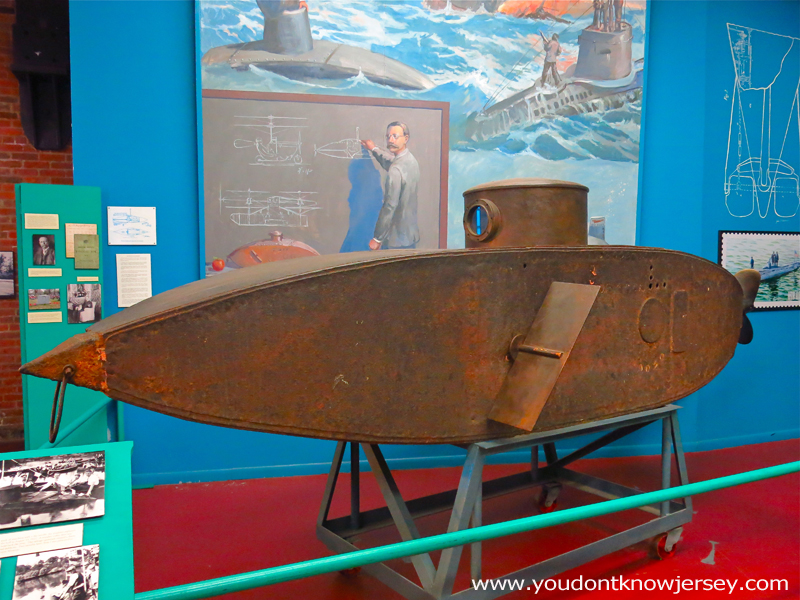 According to the Navy, John Holland offered his first submersible design – powered by a foot treadle – to the Navy Department in February 1875. The Navy seemed uninterested but they did include his drawing in a lecture given by LT Francis Barber at the Naval Torpedo Station, Newport, later that year without Holland’s knowledge. In this first drawing, Holland showed that he intended to separate air and ballast water internally using flexible, oiled silk partitions.

He wasn’t disturbed by the fact that the Navy wasn’t interested yet and he kept designing newer and better crafts.

Holland Boat No. I was tested in the Passaic River in Paterson, New Jersey in May and June 1878. Although its gasoline-fueled, Brayton-cycle engine was unsuccessful, the 14-foot craft – propelled by an improvised external steam supply – worked just well enough to convince the anti-British Fenian Brotherhood to fund Holland’s next prototype. The actual Holland I is in the Paterson Museum (shown above), but the conning tower on top is a later reconstruction.

Is it any wonder why the first tunnel under the Hudson River was named after this New Jersey native?

Pin It
Previous post:
Things to do in Jersey – February 28 March 1 2 2014 Next Post:
Dove Uses Cliched New Jersey Insult to Compliment Us